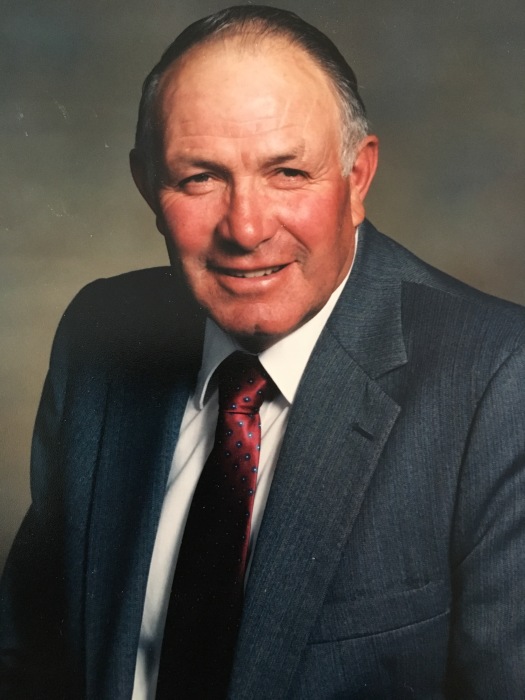 Irven Lorenzo Hatch passed away in his sleep Friday January 6, 2017 at the age of 89. He was preceded in death by the love of his life, Clarice whom he dearly missed each day since her death in 2003. Born December 5, 1927 in Preston, Idaho. He was the third son of Joseph Lorenzo Hatch and Pearl Sharp Hatch. He grew up in Cove, Utah on a dairy farm where he learned to work hard hauling hay, milking and herding cows, and thinning and topping beets. Some of his fondest memories were going to the Canyon with his Dad to get wood with a team of horses. He just loved to tell stories of his logging days up Franklin Basin.

His were the days of riding to school in Franklin in a bob sleigh in the winter time. These same school years held many memories on a football field and basketball court where Irven competed with the best of his class. As he grew older, he would speak often of the many dances held in Preston, where he met his eternal companion from Clifton. After courtship, he married Clarice Ward in the Logan LDS Temple on March 16, 1950.

Building a life on a dairy farm brought many blessings to him and his posterity. He had a way of showing the importance of the little things in life. He did this through spending time with his family in the barnyard feeding calves in the milk barn, feeding cows on the loader, moving pipe in the field, and working a new colt in the pasture. He was known for his quiet strength; and he took pride in his ability to help others witness its bounds.  His giant hands were firm, yet gentle; and they taught not only many lessons on the farm but also of Priesthood power when the need arose.

Along with his love for cows and horses, Irven had a love for and strong testimony of the Gospel. He knew his Savior lived, and he loved the 17 years he worked a long side his dear wife serving in the Logan, Utah temple as officiators. He gained dear friendships and memories there.

He is preceded in death by his sweet wife Clarice Hatch, his parents Joe & Pearl Hatch, his brothers Lavor, Clyde, and Melvin Hatch, and his sisters Darcus Olsen, and Pearl and Joanna Hatch.

Our family would like to give special thanks for the loving care given to Irven by the Franklin County Nursing Home. We thank them for their care and trying to make Irven comfortable for the past few years of his life.

Funeral services will be held on Saturday, Jan. 14, 2017 at 11:00 a.m. in the Fairview First Ward Chapel with Bishop Kip Rawlings conducting.  Friends may call Friday from 6-8 p.m. at Webb Funeral Home, 1005 South 800 East, Preston, and Saturday from 9:30-10:30 a.m. at the church.  Interment will be in the Fairview Cemetery.  Memories and condolences may be shared with the family at www.webbmortuary.com

To order memorial trees or send flowers to the family in memory of Irven Lorenzo Hatch, please visit our flower store.
Send a Sympathy Card