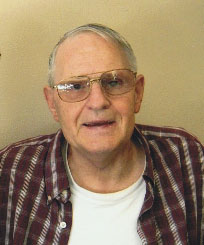 Huston W. Duffy, 79, the beloved husband to Fay B. Duffy for 44 years passed away peacefully on Sunday, April 10, 2016 at the Franklin County Transitional Care Center in Preston, Idaho. He was born to James Allen and Bessie Carson Duffy on June 30, 1936 in Webbers Falls, Oklahoma.

Huston was baptized in 1961 as one of Jehovah's Witnesses. Huston and Fay were married in 1971 and moved to Idaho from California to expand their ministry and help where there was a need. They welcomed a son, Micah in April of 1976 and a daughter Katrina in 1978.

As a minister of God's Kingdom, Huston found great joy in encouraging and comforting other from the Bible. One of his favorite scriptures that he often used is found in Revelation 21:4; that talks about a time when we will no longer experience suffering or death. This hope that he shared with others along with the hope to be resurrected to a Paradise Earth in the near future.

Huston is survived by his wife, Fay, of Preston; his two children, Micah of Boise, ID; and Katrina (Marvin) Lemus, of Meridian, ID; and two grandchildren Nathan and Patricia; his mom-in-law Juanita Bartels, of Preston, ID and brothers Claude and Ken Duffy in California and their families and many more loyal friends that Huston considered to be his extended family. To send condolences to the family, please send them to PO Box 232, Preston, ID 83263.

A memorial service will be held at the local Kingdom Hall of Jehovah's Witnesses, 804 North State Street in Preston, on Saturday, April 16, 2016 at 2:00 p.m. Arrangements are under the direction of Webb Funeral Home in Preston. Memories and condolences may be shared at www.webbmortuary.com

To order memorial trees or send flowers to the family in memory of Huston Willard Duffy, please visit our flower store.
Send a Sympathy Card