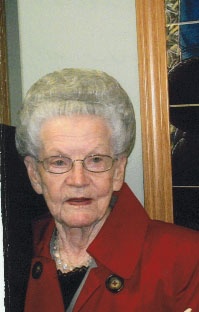 Helen Barbara McCurry, 88, passed away peacefully on Saturday, March 12, 2016 at her home in Preston, Idaho. She was born on May 20, 1927 in Texas to Homer and Ollie Phipps. She married Robert McCurry who preceded her in death in 2007.

Helen was one of Jehovah's Witnesses. She loved going house to house talking to people. She loved conversing about the bible even when in the Hospital. She enjoyed walking and making old fashioned lamp shades.

Arrangements are under the direction of Webb Funeral Home in Preston, Idaho. Memories and condolences may be shared with the family at www.webbmortuary.com

To order memorial trees or send flowers to the family in memory of Helen Barbara McCurry, please visit our flower store.
Send a Sympathy Card