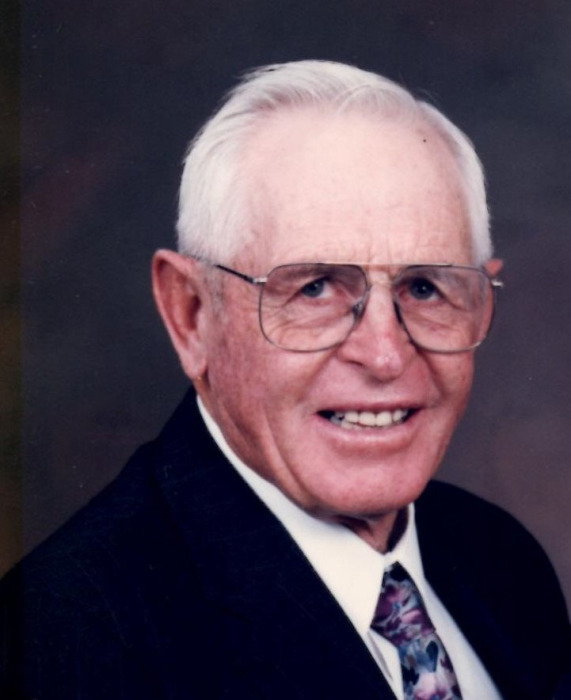 Heber Campbell Swainston, 89, slipped peacefully from this earthly life on October 20, 2016 in his home in Winder, Idaho surrounded by loved ones. He was born on November 2, 1926, the second of eight children born to Heber Charles and Sylvia May Campbell Swainston.

Heber graduated from Preston High School in 1945.  He worked the sugar beet factory to earn money to begin his studies at Utah State Agricultural College, in Logan. He attended winter and spring quarters, and was then drafted into the service in September of 1946. After basic training, he was sent to Japan, where he served in occupation forces as a marksman in the infantry.

He met his sweetheart, Geneal Bosworth, in early 1950, and the two were married on February 15, 1951 in the Logan LDS Temple.  He purchased a farm in Winder, Idaho, and thus began a legacy of hard work and love for the cattle and land.  Heber and Geneal have six sons and one daughter. Allan (Beckie Pope), Tim (Shauna Farnsworth), Kay (Lorie Flint), Brent, Van (Julie Johnson), Dee (Cindy Johnson), and Neva. Heber and Geneal have 19 grandchildren, 27 great-grandchildren, and one great-great grandchild. He loved being a father and was a great example to his sons.  Two of his hardest trials came with the stillborn death of his baby girl, and then later with the death of Geneal in 1990.  He was a very loving caregiver during her final year of life.

Heber served faithfully as a member of The Church of Jesus Christ of Latter-Day Saints.  Heber served in the Central States Mission. A portion of his mission was in the Ozarks without purse or scrip, which meant sleeping on porches, under the stars, and even in chicken coops.  Heber gained a great love for the gospel of Jesus Christ.  He served under three bishops as ward financial clerk.  Later years provided an opportunity for he and Carol to serve two separate missions, one in Mississippi, and one in Louisiana. He was honest, hardworking, and respected by all who knew him.

He was preceded in death by his wife, Geneal; daughter, Neva; parents; brother, Clifford; and two sisters, Rosa Mae and Colleen.  He is survived by his wife, Carol; three brothers Carl, Paul, and David; a sister, Susan Ransom; and his six sons.

The family would like to express their gratitude to the nurses and staff of Franklin County Home Health & Hospice, Arthur Retirement Community, Dr. Daniel Patten, and the many caregivers who provided great care for the past 3 years.

Funeral services will held Saturday, October 29 2016 at 10:00 am in the Winder Ward chapel. A viewing will be held Friday, October 28, 2016 from 6:00-8:00 p.m. at Webb Funeral Home in Preston, Idaho,  and on Saturday from 9:00 to 9:45 am at the church.  Interment will be in the Preston Cemetery. In lieu of flowers, the family invites you to donate to the church missionary fund in your local ward or at www.lds.org. Memories and condolences may be shared with the family at www.webbmortuary.com.

To order memorial trees or send flowers to the family in memory of Heber Campbell Swainston, please visit our flower store.
Send a Sympathy Card