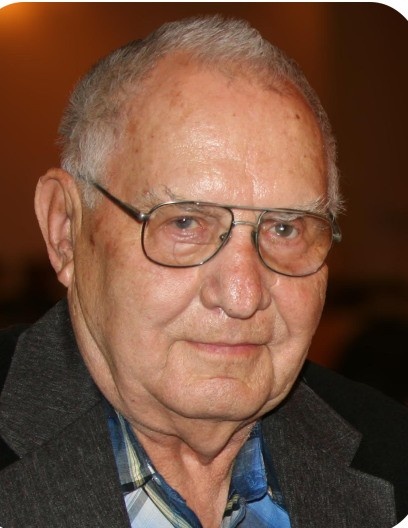 Grant Ree Wood, 86, of Smithfield, Utah, passed away peacefully Saturday, December 17 2016 in Ogden, Utah after suffering a stroke. Grant was born August 3, 1930 in Cedar City, Utah, the youngest of 5 children of Rhoda Matheson Wood and William Henry Wood. Grant grew up on a farm west of Cedar City, Utah. Grant served an LDS mission in the Hawaiian Islands 1950-1952. He received his associates degree at SUSC in Cedar City. He then attended Utah State University where he received a bachelors degree in educational counseling.

Grant met and married MaryEtta Woodward June 2, 1954 in the Logan LDS Temple. He then pursued and received an MS Masters from Utah State University in mechanical engineering. After graduating from USU Grant and MaryEtta taught in Wendover, Utah. Grant and MaryEtta spent almost five years serving another mission together in New Zealand. They then moved to Missouri where he received an Ed.D at the University of Missouri. He was an active member of the Church of Jesus Christ of Latter-day Saints. He faithfully served in many church callings.

Grant’s first wife MaryEtta passed away in November of 2002. Grant met and married Tamera Meek Hinck December 26, 2003, and they were later sealed in the Logan LDS Temple. Grant worked diligently in the engineering field as a consultant for alternative energies and building systems. He consulted in many energy systems in multiple locations. The last few years, Grant has been working with the Navajo Nations with energy projects.

To order memorial trees or send flowers to the family in memory of Grant Ree Wood, please visit our flower store.