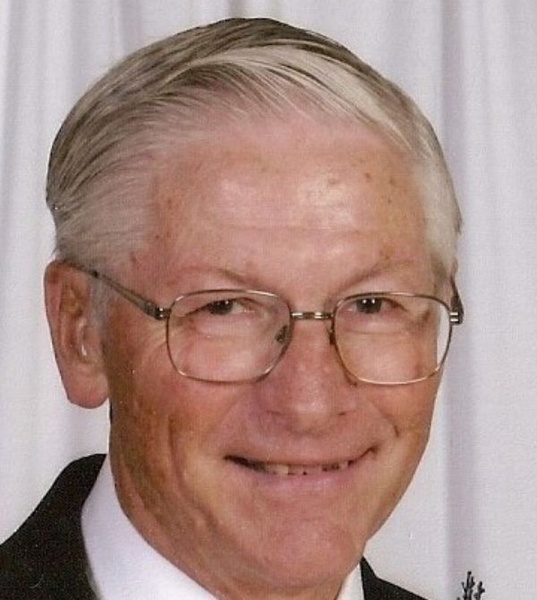 Glen Clayson Tanner was born October 16, 1933 in Whitney, Idaho to George LeRoy Tanner and Lucy Clayson. He died March 9, 2020 at the age of 86 in Logan, Utah of natural causes. Due to the pandemic, Glen’s funeral was delayed. The family has scheduled a memorial service to be held August 13, 2021, at 11:00 am in the Whitney Ward Chapel in Whitney, Idaho.
He lived most of his life in Whitney on the family farm. Glen was the sixth child and second boy in his family. His older brother died when a toddler. Glen’s four sisters helped to raise him which might have led to his dislike of shopping. His father died when he was 9 years old leaving Glen without a male role model in the home. He would find these role models in his uncles, brothers- in-law, scout leaders, teachers, and church leaders.
Glen was an avid Scouter, earning both the Eagle Award, the Silver Explorer and later the Silver Beaver. As a high school student, Glen was small in stature so even though he loved sports he placed his efforts elsewhere. He grew to love music from his mother and his brother-in-law, Ralph Laycock. He became proficient in playing the clarinet which led to opportunities throughout the rest of his schooling. Ralph also encouraged him to learn to play the bassoon which led to opportunities to play with the National FFA and the Symphony Orchestra.
Glen served a mission for the Church of Jesus Christ of Latter-Day Saints in the fall of 1953. He went to the California Mission based in Los Angeles. When his two years were completed, he was ready to get out of the big city and back to Idaho.
Glen married Jean Spatig in the Logan Temple on December 16, 1955. After living in Logan for a short time, they moved to Preston and then Whitney. There on the family farm he raised his seven children, farmed, finished college and worked for Del Monte Foods. He worked as the field manager and then Field Superintendent for over thirty years, contracting with the farmers and then helping them produce the best crops possible. He enjoyed the association with the men he worked with and found his career challenging and fulfilling.
Glen grew to full stature in adulthood and enjoyed sports including snow skiing, bowling, softball and in retirement, golf. He was a natural athlete achieving success in those sports he would participate.
Glen’s hobbies included photography, woodworking and singing. He was active in the Church for his entire life and always held a church calling. He was called as Bishop on his 50th birthday and found that was a challenging and humbling position. In 1995, Jean accompanied Glen to Cherry Hill, New Jersey to fulfill a second mission. They spent most of their time teaching new converts how to find their ancestors and do temple work for them.
Glen liked being active in community affairs having served on the Preston School Board for six years, two of which he was Chairman. He was also a member of and Chairman of the Whitney Nashville Water Works, a Chairman of the county committee of the Farmers Home Administration, Chairman of the Franklin County Planning and Zoning Commission, President of the Preston Kiwanis Club, and Board of Directors of the Preston Golf and Country Club.
After retirement, Glen and Jean, decided to spend winters in Arizona to escape the harsh Southern Idaho winters. They owned a house in the Venture Out community in Mesa and spent many happy months there enjoying visiting with friends, golfing, woodworking, and hosting get togethers.
After seeing how easy it was to live in a smaller home, they decided to sell the farm and move into a smaller house in Preston. He lived there until they decided to move to an assistive living center in Logan, Utah.
Glen is survived by his wife, Jean, his children, Alan (Christine), Teri Porter (Edmond), David (Matee), Vaughn (Alaine), Roy (Linda), Diane Kovach (Ted) and Sharon Hern (Gene), 24 grandchildren, 20 great grandchildren and his sister, June Merrill of Boise, Idaho. He is preceded in death by his parents, brother and three sisters.
A memorial service will be held Friday, August 13, 2021 at 11:00 a.m. in the Whitney Chapel , 1444 South 1600 East, Preston, Idaho. Memories and condolences may be shared with the family at webbmortuary.com

To order memorial trees or send flowers to the family in memory of Glen Clayson Tanner, please visit our flower store.
Send a Sympathy Card