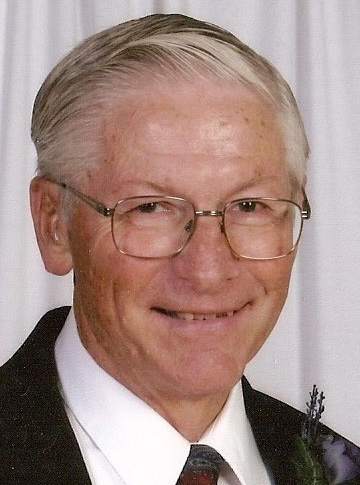 Glen was born October 16, 1933 in Whitney, Idaho to George LeRoy Tanner and Lucy Clayson.  Glen was the youngest of six children and only surviving boy.  His older brother died when a toddler leaving four older sisters to help raise him.  His father died when he was 9 years old.

He lived most of his life in Whitney on the family farm growing up with the support of uncles, brothers-in-law, scout leaders, and church members. He graduated from Preston High School. Glen was very active enjoying sports, skiing, bowling softball and golf. He was an avid Scouter, earning both the Eagle Award, the Silver Explorer and later the Silver Beaver.  Glen’s love of music came from his mother and sisters’ families.  He became proficient in playing the clarinet and later the bassoon.   He also played the Oboe.

Following high school, Glen served a mission for the Church of Jesus Christ of Latter-day Saints in the California Mission based in Los Angeles. By the time his two years were completed he was ready to get out of the big city and back to Idaho.

When he returned, Glen married his high school sweetheart, Jean Spatig, in the Logan Temple on December 16, 1955. After living in Logan and Preston for a short time, they moved to the Tanner family farm in Whitney. There they started a family of seven children. He completed a degree in agriculture at Utah State University while raising the family and working the farm.  His lifelong career was at Del Monte starting as a field manager and then field superintendent with a career of over thirty years.  He enjoyed working with farmers with the goal of helping them produce the best crops possible.  He enjoyed the association with the people he worked with and found his career challenging and fulfilling.

Glen’s hobbies included photography, woodworking, golf, jewelry making, leatherwork and singing.  He was active in the Church for his entire life and always held a church calling. He was called as Bishop on his 50th birthday and found the calling a humbling position.  After retirement, Jean and Glen served a mission in Cherry Hill, New Jersey.  There they spent most of their time teaching new converts how to find their ancestors and do temple work.

After retirement, Glen and Jean, spend winters in Mesa, Arizona at a second home near his sister Dorothy and her husband William K Dunkley.  They spent many happy months there enjoying visiting with friends, golfing, woodworking, and hosting get togethers.

He is preceded in death by his parents, George LeRoy and Lucy Clayson, his brother George LeRoy Jr., and three sisters, Lucy Laycock, Dorothy Dunkley and Lillias Crane.

Due to the current Coronavirus Pandemic, funeral services will be postponed until a future date. The family expresses their warm appreciation for the kind support and well wishes on Glen’s behalf.  He will be missed. Memories and condolences may be shared with the family at webbmortuary.com

To order memorial trees or send flowers to the family in memory of Glen Clayson Tanner, please visit our flower store.
Send a Sympathy Card