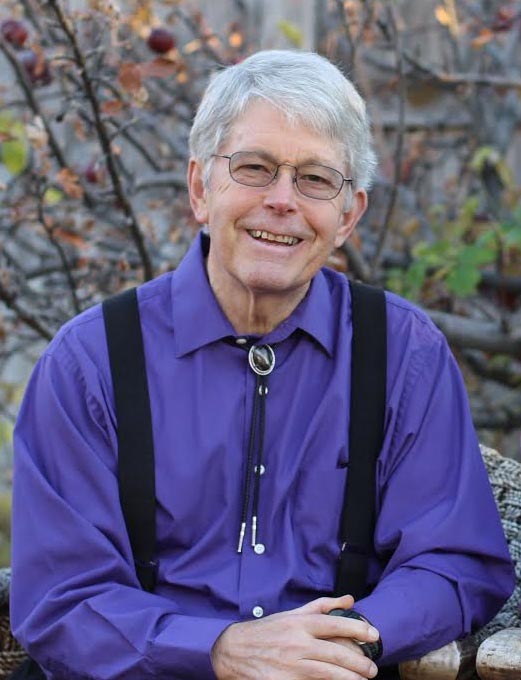 Glen Harold Maw, 76 years, was called back to his heavenly home Monday, September 5, 2016. He died peacefully in his sleep. His wonderful spirit and tender heart will be immeasurably missed by so many.

He was born December 15, 1939 in Washington DC to Afton Powell and Harold Lewis Maw. He was their beautiful 1st born.

His wife Cynthia Joy Richmond Maw and their loving and precious family of 3 valiant sons and 2 amazing daughters and those who have married into the family, like to think of Glen, their beloved husband and dad in his many roles, stewardships and callings. He is also a devoted brother, uncle, "Poppie", gifted teacher, professor, mentor, friend, lover of nature, "Captain Sunshine" and Disciple.

In his early years, his family moved to the Ogden area and a few years later to Salt Lake City. For many years in his youth he was a diligent newspaper carrier. He was educated in Salt Lake schools having been elected editor of the school newspaper in junior high. At East High he was manager of the football team, a stellar member of the wrestling team at 98 pounds and a member of mixed chorus. He attended and graduated from LDS seminary. He was an Eagle Scout.

He attended the University of Utah where he was schooled for 3 years as an engineering/chemistry student before he served for 2 ½ years in his beloved Norway as an LDS missionary. He met his sweetheart, Cindy, at a church dance. After his mission they became eternal companions. They were married and sealed together in the Salt Lake Temple on September 20, 1963.

He finished his last year at U of U and in February 1964 they moved to University of Illinois, Champaign-Urbana for graduate work. He changed his field of study from engineering to counseling psychology where he earned his PhD. Glen and Cindy gave birth to their 1st two adorable children in Illinois. They returned to Logan, Utah where Glen was hired at Utah State University in the Student Services Department. He worked in the Counseling Center and as an adjunct professor of psychology...and 3 more babies arrived. He later was able to create and direct the Career Development Center. He also created a career class and wrote a wonderful text/workbook to assist students in learning about themselves and how they could fit into the world of work successfully. He coined the phrase "Fogwalking" which basically means trusting in the process of going forward in life, especially in challenging times, a few steps at  a time, gathering information, sorting through it, making some decisions that seem correct until the "fog" lifts to take a few more steps. "Poppie Dear your family is doing their best to fogwalk now into the furture without your warmth, wisdom and humor. We love and need your spirit very much.  After 35 years, Glen retired to a different phase of his life.

Glen enjoyed music of many genres, Man of LaMoncha, gardening, reading, writing poems and prose, serving and inspiring others, snow skiing, backpacking with the Scouts and sons and making raspberry jam. He loved going on motorcycle rides. He was fervent about coaching softball and soccer.

He has dealt with Parkinson's disease for 16 years with courage and grace supported by his loved ones and special friends. In the last few years he has not had the ability to be as physically active but he so enjoyed his wonderful grandchildren playing around his home on a regular basis. That was a great joy to him.

He has served in the Church of Jesus Christ of Latter Day Saints all his life participating in several bishoprics, as a gospel teacher and with young adults.

He was preceded in death by his parents, his parents in law and 2 brothers in law.

All funeral services will be held at the Mount Logan Stake Center at 565 East 100 South, Logan on Monday, September 12, 2016 at 1:00 p.m with a viewing taking place from 11:30am-12:30pm. Sunday evening, September 11th, there will be a viewing from 6-8pm. In lieu of flowers, contributions may be made to the Perpetual Education Fund of the Church of Jesus Christ of Latter Day Saints. Interment will be in the Logan City Cemetery following the service. Condolences and memories can be shared online at www.webbmortuary.com

To order memorial trees or send flowers to the family in memory of Glen Harold Maw, please visit our flower store.