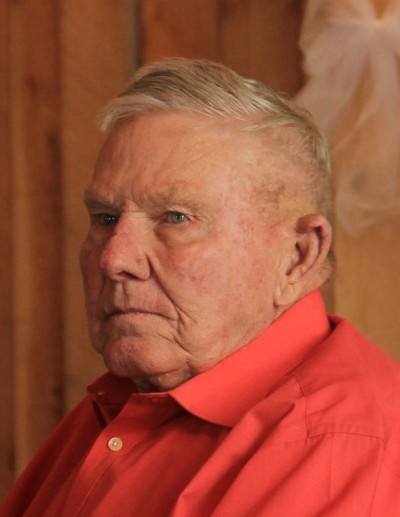 Gerald (Jerry) William Hendricks passed away on August 18, 2020 due to heart failure.

Jerry was born in Cove, Utah on April 24, 1936 to Mary (Harrison) and William Fenton Hendricks.  Jerry was the third child of four.  He had an older sister (Joan) and older brother (Richard) and a younger sister (Sharon).

Jerry grew up like many of the kids in the area, working on the family farm.  The work ethic and sense of responsibility developed in his youth was something that stayed with him throughout life.

It was not all work for the Hendricks children, Jerry shared many stories about games they would play at home as well as with the broader Richmond/Cove community.  Sports became a central theme for Jerry from his youth all the way until his passing.  Jerry played numerous sports, but basketball always held a special place in his heart.

Jerry graduated from North Cache High (Richmond, UT) in 1954.  He had fond memories of classmates and his time in high school.

After graduation he started working construction and ended up joining the Navy in 1956 and served 4 active years and 2 years in the reserves.  His time in the military brought lots of adventures and allowed him to see much of the world.  Upon leaving the Navy, he resumed his work with heavy machinery and construction.  This work became his career and he became a road construction superintendent for LeGrand Johnson (Logan, UT).  He enjoyed the opportunity to travel and see new sights, Jerry ended up retiring in 2001.

Jerry met a beautiful girl from Franklin, ID, Sharlene Durrant and she made him a truly happy and lucky man by becoming his bride in October of 1962.  The couple ended up settling down in Preston, ID and started their family.  They had four children; Patricia, Mary Jo, Jeri Ann, and Curtis.

Coaching and supporting children, grandchildren and great grandchildren in sporting activities was a passion for him.  He rarely if ever missed a game for any of his children or grandchildren.

Jerry never met a stranger, his sense of humor, quick smile, and storytelling will be missed by many.  He will also be remembered for his willingness to offer a helping hand, competitive nature, and boisterous enthusiasm as a fan.

The family would like to thank everyone for their prayers and support at this time, friends are invited to a viewing on Sunday, August 23rd at Webb Funeral Home, 1005 S. 800 E. Preston, Idaho  from 5:00 – 8:00 P.M.  Memories and condolences may be shared with the family at webbmortuary.com as well.

A private family service will be held on Monday, August 24, 2020.  Military rites and interment will be in the Richmond, Utah Cemetery.

To order memorial trees or send flowers to the family in memory of Gerald "Jerry" William Hendricks, please visit our flower store.