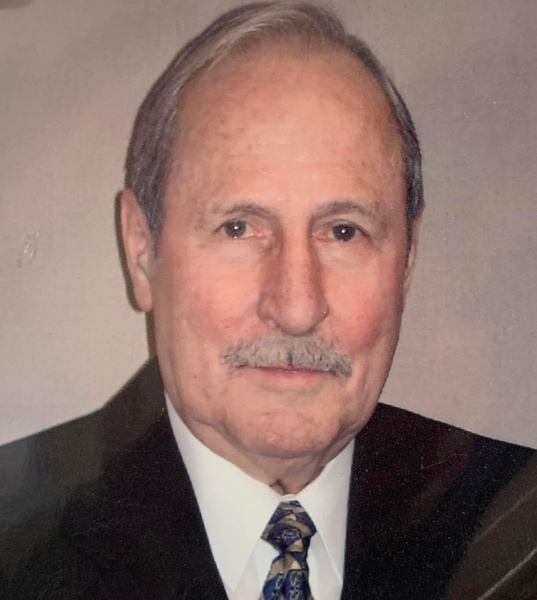 George L Wilcox was born February 22, 1926 to George Lorain and Julia Perry Wilcox at home.  He was the last of 8 children, 3 boys and 5 girls.  His father was killed in an accident 5 months before he was born.  He died March 7, 2022 at the age of 96.  He joined the Army Air Force when he was a senior in high school.  His dream was to become a pilot and during high school was taking flying lessons from an instructor in Logan.  He was scheduled to become a pilot in the Air Force and then the war ended and he was unable to follow through.

George came home from the service and met and married Ellen Carter.  Together they had four children, Georgia Lee, Robert, Steven and Bart.  They were later divorced.  His interests were in the automotive field and he started work for Wallace and West which became West Motor.  He worked there for 21 years, the last several of which were as the service manager.  During some of this time he was also raising mink in order to better provide for his family.  His children were taught the value of hard work as they worked beside him in this endeavor.

In 1967 he was asked to apply for the position of automotive instructor at the high school.  He said that this seemed strange to him because when he was in high school the first time, all he wanted out of it was himself.  He did apply, was hired and taught for 22 years.  He has stated that he enjoyed getting out of bed each morning and going to work with the young men in his classes, watching them develop their skills, personalities and self esteem.  He loved his work.  His students won many awards at state and national level and many have gone on to use what he taught them as their life’s work.

He has many awards from his vocational work and served in many positions in the state vocational association.  He has been secretary for 38 years for the Preston Idaho Elks Lodge #1670 and just recently retired from there.  He has also been the bookkeeper for the Franklin County Senior Citizen for 30 years.

He was preceded in death by his parents and all 7 of his siblings and a son Jason Thomas.

To order memorial trees or send flowers to the family in memory of George L Wilcox, please visit our flower store.