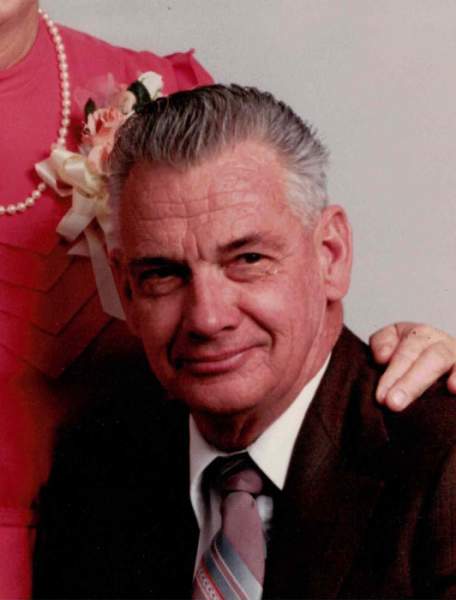 George Glade Housley, 89, passed away Oct. 10, 2017 at the Heritage Senior Living Center in Preston, Idaho.  He was born March 2, 1928 in Dayton, Idaho the son of George Frederick and Hazel Adelene Bowman Housley.  He married Lois Bingham on July 21, 1950 in the Logan Utah Temple.

He was an active member of the Church of Jesus Christ of Latter-day Saints.  He served a mission to New Zealand as a young man and he and his wife served as Church Farm Service missionaries.  He also served in the bishopric.  He enjoyed flying and was a pilot.  He loved photography and had a photographic memory.  He was always a hard worker.  He owned and operated a masonry contracting business for years in Arizona and was instrumental in some of the early developments in Southern Arizona.   He also ran a dairy farm.  He was ingenious- he could turn junk into something useful.

Funeral services will be held on Saturday, October 21, 2017 at 11:00 a.m. in the Dayton Idaho Ward Chapel.  There will be no public viewing on Friday evening. Friends may call Saturday from 9-10:30 a.m. at the church.  Interment will be in the Dayton Cemetery.  Memories and condolences may be shared with the family at www.webbmortuary.com

To order memorial trees or send flowers to the family in memory of George Glade Housley, please visit our flower store.