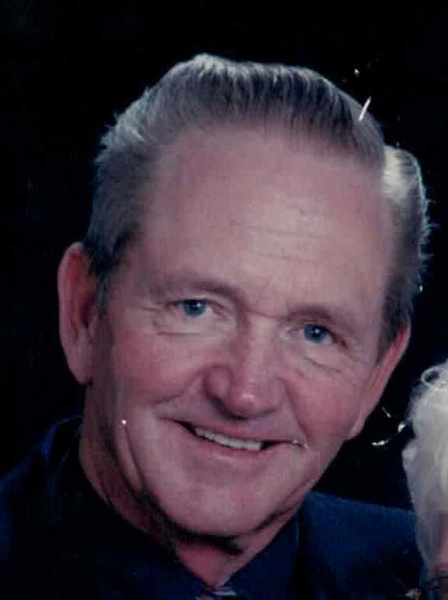 Gary was third child born to Frank Edward and Faye Rich Smith on August 20, 1938 in Ogden, Utah.  The family dairy and egg farm in Richville, Utah was “a great place to grow up”.  With guidance from his father and grandfather, Gary learned to work hard with the never ending chores of caring for dairy cows and laying hens.  During this time, he developed a strong work ethic, the ability to make due building or repairing almost anything with whatever was available, and a great sense of humor.  These skills blessed his family throughout his life.  As an example, when he and his brothers wanted to make the 5-mile journey from his farm to the Show House in Morgan, he was able to bypass the fuel control to speed up the journey on the old three-wheel John Deere Tractor.  He developed a great love for being outdoors and spent considerable time playing, hiking, and hunting in the Hardscrabble mountains in his “back yard”.  He attended school in Morgan and graduated from Morgan High School in 1956.

Gary married his high school sweetheart, Dawna Bates, on August 15, 1957 in the Salt Lake City LDS Temple.  They started their lives together in Roy, Utah as Gary worked at Hill Air Force Base and then Thiokol in Promontory, Utah.  While living in Roy, Gary and Dawna were blessed with three children: Thom, Tamara, and Connie.  In 1964, they bought a home and moved their family to Hyrum, Utah where Julie and Gloriane were born.  In Hyrum, Gary was very active in the Hyrum Saddle Club.  His love for horses, hunting, and the outdoors grew as he spent a lot of time on weekend horse rides and week-long pack trips into the Wind River Mountains of Wyoming.  He often stated that “if the horse don’t go there, then I don’t go there” and was known for riding a horse where a lot of people would not every try to even walk.

In 1974, Gary and Dawna made a major decision and moved they family to a dairy farm in Fairview, Idaho.   After spending almost 20 years as a computer programmer, Gary returned to his roots as a dairy farmer.  He was very active in the community serving on the School Board and as president of the Identified Grade Dairy Association.

Gary was a Scouter and served as a Scout Master for many years.  With his great love for the outdoors and his ability to relate and inspire boys, he was a natural.  He spent many hours working with young men and always believed that a boy would learn more sitting around the campfire than sitting in a classroom.  A lot of boys became Eagle scouts because of his influence.

As member of The Church of Jesus Christ of Latter-day Saints, Gary served in many positions including Scout Master, young men leadership, High Council, and Bishop.  He and Dawna served a full-time mission for 18 months in the California Ventura LDS Mission from September 2003 to April 2005.

He was preceded in death by his parents and his two sisters, Jeanette Smith and Coleen Wiggle; two grandsons, Brock Bowles and Brandon Rindlisbacher; and two great grandkids, Grayce Smith and Ammon Abrams.

The family would like to express thanks to the dedicated nurses, aides, and staff of the Franklin County Transitional Care Center for their kindness and care of dad over the last several months.

The funeral service for Gary will be held Monday, December 5, 2016, at 11 a.m. in the Fairview Idaho LDS chapel.  Friends may call Sunday from 6 to 8 p.m. at the Webb Funeral Home, 1005 South 800 East, Preston, Idaho and Monday from 9 to 10:30 a.m. at the church. Interment will follow in the Fairview Cemetery.  Memories and condolences may be shared with the family at www.webbmortuary.com

To order memorial trees or send flowers to the family in memory of Gary Edward Smith, please visit our flower store.