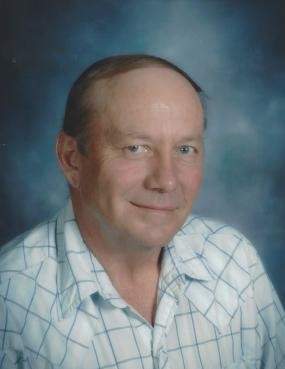 Garth Wayne Purser was reunited with his wife and children on August 22, 2017.  Garth was born March 4, 1951, to Wayne Newell and Mabel Bright Purser.  He was the fourth of five children.  He grew up in Richmond, Utah and attended Park Elementary, North Cache Middle School and Sky View High School.  Garth had his fair share of adventures growing up on the farm.  He used to spend all day Saturdays killing magpies and smashing their eggs to earn enough money to go to the movie that night.  He also remembered spending a few recesses in the classroom filling the chalkboard with the sentence “I will not chew gum in class.”

Garth married the love of his life, Debra Lynn Day, on September 25, 1971.  They were blessed with two children, Leigh Wayne Purser and Angela Purser.  Sadly, Angela passed away a few weeks after birth from a heart defect.  Garth, Debbie and Leigh were inseparable most of their lives.  Where one was the other wasn’t too far away.  Garth’s family was in his words “my whole world”.  He would give anyone of us the shirt off his back.  He shared with us a story about how his dad wanted a new car.  His dad found one, test drove it, loved it- but wasn’t going to get it because the price was too high.  Garth secretly went to the dealership and told them he would pay the difference in price.  His dad never found out.

Garth had a love for horses and his knowledge was endless.  Garth and Debbie loved going to the Cutter Races every year.  And for the past few years, the highlight of Garth’s year was helping Casey Hillyard work and race his team.  He retired from the Cache County School District in April of this year after working as a custodian at both North Cache Freshman Center and Sky View High School.

He is preceded in death by his wife, Debra Lynn Day Purser; by his son, Leigh Wayne Purser; by his daughter, Angela Purser; by his parents; by his sisters, Marva Lee Purser and Janice Decker; by a brother-in-law, Larry Leishman and by his in-laws, Wayne and Arlene Day.  Garth is survived by his granddaughter, Angela Shay Purser of Preston; his sister, LaRain Leishman of Marriott-Slaterville, Utah; and by his brother, Jay Newell Purser of Richmond.  He was also the favorite uncle and great-uncle to many nieces and nephews.

Funeral services will be held on Monday, August 28, 2017 at noon in the Richmond Stake Center with Bishop Paul Erickson conducting.  Friends may call Sunday from 6-8 p.m. at the stake center and Monday from 10:30-11:30 a.m. also at the stake center.  Interment will be in the Richmond Cemetery. Memories and condolences may be shared with the family at www.webbmortuary.com

To order memorial trees or send flowers to the family in memory of Garth Wayne Purser, please visit our flower store.