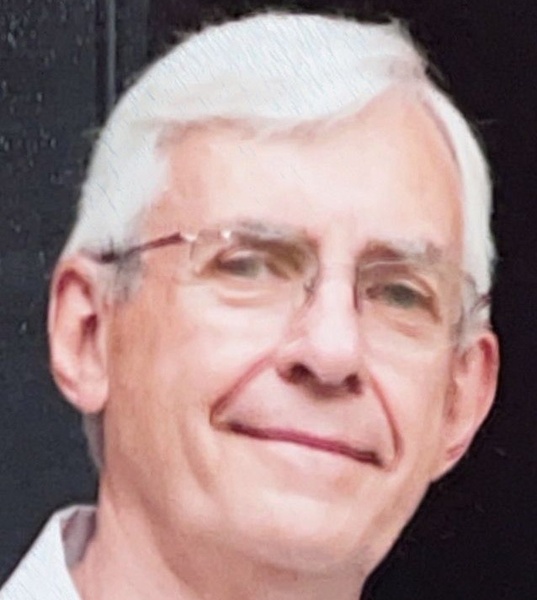 Garwood Hyde Walton passed from this world into a better one on August 27, 2021. He was born in Salt Lake City on October 9, 1936, to Lester G. and Ruth Hyde. He spent his childhood in Centerville surrounded by grandparents, uncles, aunts, cousins, and many friends. He hunted, skied, and tinkered with old cars, but the majority of his young life was spent working in the fields and stores of Porter-Walton company where he learned to be responsible and industrious. He attended school in Centerville and Bountiful and graduated from Davis High; he disliked the classroom until he moved to Logan to attend Utah State where he discovered that when he could choose his line of study, learning became fascinating, and he cherished his years there. He was president of Alpha Kappa Psi, honorary business fraternity.

He served his life-changing mission in Melbourne, Australia where he made enduring friendships and became the Assistant to the President; he often spoke of his one-on-one time with then Apostle Joseph Fielding Smith. His children comment that he continued to speak of his mission more than anyone else they knew. One of his favorite recollections was playing with the Mormon Yankee basketball team, who were victorious over several teams from various countries who came to Melbourne to participate in the Olympics. Upon his release he and two other elders spent two months traveling around the world which only increased his love of travel.

Soon after his return to college when he was “studying” at the USU Merrill Library, he spotted a young lady from Mink Creek, ID, and that was the end of his search for a life-long and eternal companion. Their courtship was short and blissful, and they were married on September 16, 1960, in the Logan Temple. Their 61-year-marriage was filled with much love, loyalty, tenderness, and devotion. After he completed his MBA degree and was commissioned a 2nd Lieutenant in the U. S. Army, he and LeAnn were assigned to go to Germany because of the buildup of the Berlin Wall. He loved serving his country and was always very patriotic. It was an exciting time for the young couple as they traveled to most European countries; Gar became President of their tiny Butzbach Branch and LeAnn Primary President where their testimonies and their tight circle of friends enlarged. But the most thrilling thing that happened there was the birth of their first child, a beautiful boy they named David, who joined them in their travels.

Gar’s family has all agreed that he was a truly unique man in many ways. He had an insatiable curiosity about many subjects and spent his life studying and learning; he maintains a running list of thousands of books he has read. He studied maps for hours on end and was known as a weather geek. He was a master gardener and his large yard beside the Logan River was the envy of many. He could fix anything. He was by nature a very optimistic person. He endured a period of many health problems and other hardships but never faltered in his positive outlook, making him a very resilient and admired man. He was an advocate of the underdog. Throughout his young life his fondest desire was to become a pilot in the Air Force, but when he failed to pass the vision test, he went forward and acquired his private pilot’s license. He owned several planes and actually built one of his own. He flew himself, family (excluding his wife) and friends thousands of miles, and actually lived to tell about it. He was a true “wing”nut.

Their young family lived in Salt Lake for several years where he was a stockbroker and where their son, John and daughter, Allison were born. They purchased their first home and were very content there when he received a call from his friend, the Dean of the College of Business at USU, and an offer to teach finance classes there. They happily moved back to Logan, built a lovely home on the Island and lived there together for 51+ years. Three more children were welcomed to their family: Emily, Sam (stillborn), and Amy LeAnn. There were never more beloved children than they. His sons looked up to him, and he had three Daddy’s girls. In later years he was very proud of his children--what they had become and their considerable accomplishments

His Patriarchal blessing mentioned that most of his Church callings would be in serving the youth of the Church. He was Young Men president several times, scoutmaster over six years where his sons greatly benefitted and both received Eagle Scout awards. He took countless young men to the Wind Rivers and hiked hundreds of miles, taught many to rappel down rugged cliffs, and gained love and respect from all involved. He served in various bishoprics and loved being bishop of a USU young adult ward. He and LeAnn served a joyous public affairs mission in New Zealand and the Pacific Islands, then became supervisors in the Church humanitarian program; later they worked together for four years as officiators in the Logan Temple.

Gar was an unusually friendly, approachable, and affable person. It can be said that he never met a stranger. Gar loved his wife and children beyond measure and was a superb husband, father and grandfather. (His wife also thought him to be not only tall, but handsome and comely). When he was with individual family members, they received his undivided time and interest. Cherished memories of him are endless. Notwithstanding his many fine characteristics, his sterling quality was that of total honesty and integrity, and his unfaltering faith and testimony of the Gospel of Jesus Christ.

Funeral services will be held on Friday, September 3, 2021 at 11:00 a.m. in the Riverside Ward Chapel, 325 Lauralin Drive, Logan, Utah. The services will be streamed live and may be watched Friday at 11 am (MST) by clicking on the following link:

Viewings will be held Thursday from 6-8 p.m. and Friday from 9:30-10:30 a.m. both at the church. Military rites and interment will be in the Logan City Cemetery. Memories and condolences may be shared with the family at webbmortuary.com

To order memorial trees or send flowers to the family in memory of Gar Walton, please visit our flower store.