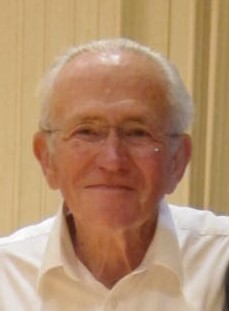 Frederic Theodore Kolb (81) passed away December 21, 2016 in Preston, Idaho surrounded by loved ones.  He was born March 30, 1935 in Spokane, Washington to Josef Andrew Kolb and Claudine Harriet Brolen.  At the age of 17 he left home to join the Marine Corps.  He served in Korea and Japan.  After his time in Japan he was stationed in San Diego.  While in San Diego he met Edith Mae Shaw of Jerome, Idaho.  They were married December 7, 1956 in Jerome.

Frederic worked in procurement for various companies before retiring.  He was extremely proud of his children often coaching their athletic teams and attending their games.  He enjoyed watching his children succeed in all their activities and in life and taught them how to work.  He had a passion for sports and enjoyed refereeing.

After Edith’s death, he met Dorothy Kofoed of Preston, Idaho.  They loved each other very much and she was with him to the end.  He was proceeded in death by his first wife and mother of his children, Edith Mae Shaw.  He is survived by his wife Dorothy Kofoed and his children, Jeffery and Diane Kolb (Richland, Washington), Daniel and Jewel Kolb (Hayden, Idaho), Fredda Kolb (Omaha, Nebraska), Scott and Teri Lyn Kolb (Pearland, Texas), Kenneth and Janna Kolb (Roy, Utah), 18 grandchildren and 11 great-grandchildren.

A special thank you to Franklin County Medical Center for the care they provided prior to his passing.

To order memorial trees or send flowers to the family in memory of Frederic Theodore Kolb, please visit our flower store.