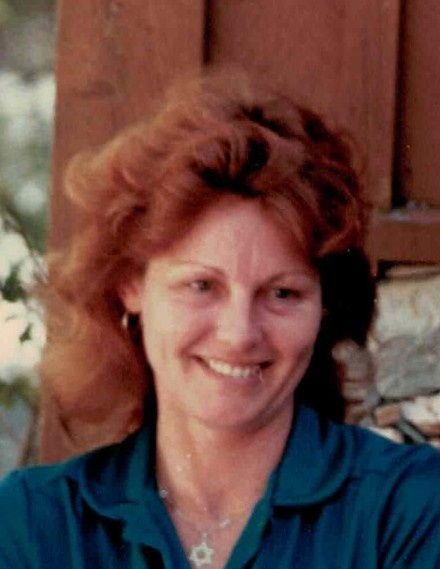 Those who knew her as a very little girl are no longer living, but it has been said that Frances never walked anywhere. She always ran everywhere she was going in life. As a member of The Church of Jesus Christ of Latter-day Saints, it is not hard to imagine her whistling on the stair or singing in the foyer. However, she was very conscientious about earning her awards in the Primary organization with pictures in family albums showing a full “bandelo” of awards.

In the younger years of Jan (her Sister’s)life she remembers a 20-something Frances listening to Bobby Vinton (Sealed with a Kiss) so she did too. Frances listened to Unchained Melody, so Jan learned to play it on the piano. Fran wore dresses and high heels, so Jan said to herself she wanted to do that when she got to be a grownup too.

This zest for life never left Fran. The energy level was always high and intense as she continued to run everywhere she went. But in quiet moments if you caught her on a front porch in the twilight, the pace would slow and the deep thoughts would come..

Frances’ early years were spent in Southern California where her Father was stationed in the Marine Corps and it was where her only sibling  - a sister was born. It was where a strong bond formed between  the two – the one trying to teach the other to throw a punch(guess which one was which), defending the little sister whenever she could: ants, other neighbor children, a maternal aunt who was trying -in her opinion- to take over and yes, even the dreaded cutting of the bangs….Fran’s first attempt at Cosmetology. Later in PA she realized her dream of owning her own beauty shop.

Her children, first Kayla (born 1964) and then Bryan (born 1981) and Robyn (Born 1989) could also attest to the “hornet from its nest, the whirling dervish out of whirl”. And don’t forget the animals! No regular calls to attention for them. If they did not obey, they were called to task in Spanish. However, let a small hurt animal, or a person being “done wrong” as we say in the South and the gentle but also fierce side could be found. If she had been aware of the “Do Something for Nothing” hashtag prevalent on Instagram today, there is no doubt she would have been at the forefront of participating. There were always bird feeders or other ways for the wild animals to approach her house.

Academic learning came to her later in life, but she embraced it like she did everything else: with zest. She loved learning about other cultures. This passion culminated in a Masters Degree from Utah State in Political Science, and a wall of minors and bachelor degrees. She Loved Mesoamerican archaeology, Native American and any history she could absorb. Fran spent many years in the Old Ephpraim Mountain Man organization, going to Rendezvous, learning to bead, and sew leather dresses.  Her love of Pre-1840 life became a fierce and wonderful passion. This passion and zest she carried with her helped her earn her mountain man name of Autumn Wind.  Fran was proud of this accomplishment and what it meant for her.  Fran loved School Days at Rendezvous where she volunteered countless hours explaining the way of life to school children over the decades she participated. One of her proudest times was serving as a Dog-soldier for Cache Valley Rendezvous. If Fran would have had a choice she would have preferred to live as a Mountainwoman at a different time in this world.  She shared this love with her late daughter Robyn Thomas, they were a constant pair of adventurers. Seeking materials to make clothing or traveling to attend a Rendezvous together.

Yes, there’s many a thing we’d like to tell you Fran, Mom, Grandma, Aunt, Sister. How much we love you. How much we will miss your laugh. How much we admired you – the way you kept going when all seemed against you you loved to protect those around you and would fight for the underdog in battles that to the outside observer could never be won, but to you they were. The way you could take a house and make it a home. The good food you could cook. The way you loved animals. Your red hair. Your insanely high heels. Your energy. Your fierce temper and your equally fierce love.

Until we meet again may God encircle you in the arms of his love and give rest to your soul.

In lieu of flowers the family has asked instead for you to make a contribution   To the Northern Utah Native Connection in the name of Fran “Autumn Wind” titleviprogram@gmail.com

Funeral services will be held on Friday, March 27, 2020 at noon at Webb Funeral Home, 1005 South 800 East, Preston, Idaho.  A celebration of life will be held at a future date to be announced.  Memories and condolences may be shared with the family at webbmortuary.com

To order memorial trees or send flowers to the family in memory of Frances Thomas, please visit our flower store.