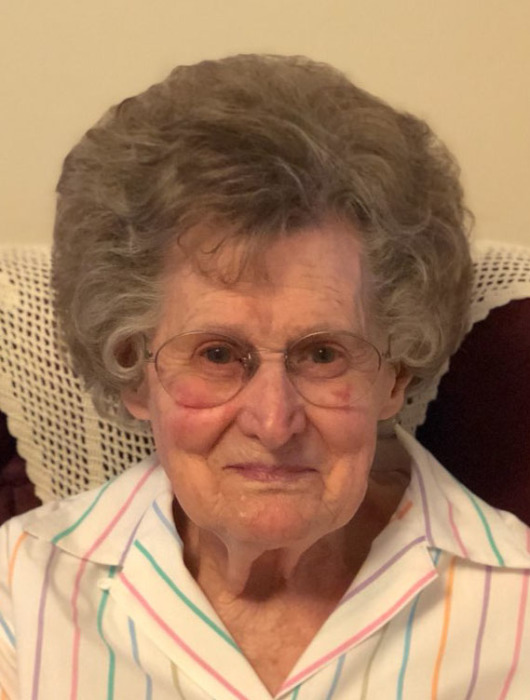 Foneta Murray Whittle, 94 our beloved mother, grandmother and sister passed away in Bountiful Utah on September 10, 2019.

She was born on August 30, 1925 in Wellsville, Utah to LeRoy Thorpe and Mary Barfuss Murray. She was the oldest of four children. She moved to Richmond when she was a year old and was a lifelong resident.

Foneta married John William Whittle on March 13, 1944 in Pocatello, Idaho while John was home on leave from the army. Their marriage was later solemnized in the Logan Temple. John passed away April 5, 2005 after 61 years of marriage.

She was a faithful and obedient member of the Church of Jesus Christ of Latter-day Saints. She and John always worked together as a team, enjoying years of gardening and canning together. Foneta loved flowers of any kind or color. She was a beautiful seamstress, sewing clothing for family and friends. She was known for her beautiful penmanship that she had right up until the time of her death. Above everything Foneta loved being a grandma. She was adored by her grandchildren and great grandchildren.

She is survived by her daughter, Vanett (Frank) White of Bountiful; her daughter in law, Janine Whittle of Salt Lake; seven grandchildren; eight great grandchildren and two sisters, Elona Christofferson of Homedale Idaho and Mary Lou Poulsen of Hurricane, Utah. She was preceded in death by her husband, John; her son, Norman and her brother Duane.

Funeral services will be held at 11:00 on Monday, September 16th in the Richmond 4th Ward Chapel, 150 South 100 East in Richmond. A viewing will be held from 9:30 to 10:30 on Monday prior to the services. Interment will be at the Richmond City Cemetay. Memories and condolences may be shared with the family at: webbmortuary.com

Foneta’s family wish to thank all her ward friends and neighbors for their love and support especially in her final weeks.

To order memorial trees or send flowers to the family in memory of Foneta Whittle, please visit our flower store.
Send a Sympathy Card