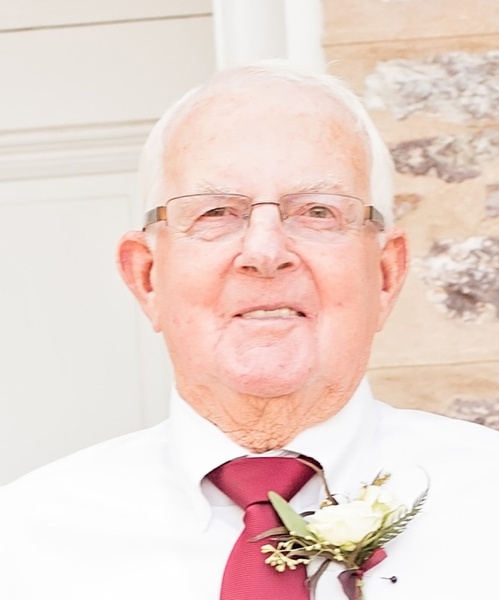 Floyd Jacob Jensen, 84, passed away peacefully on May 29, 2019, at Franklin County Medical Center in Preston, Idaho. He was surrounded by loved ones at the time of his passing. He is survived by his sons: Zane (Natalie) Jensen of Fairview, Idaho; Travis F. Jensen of Ft. Myers, Florida; his daughter: Nancilee (Todd) Summers of Deweyville, Utah, his sister: Faye (Ron) Bell of Smithfield, Utah; 12 grandchildren and 3 great-grandchildren.

“Pink” Floyd was born on June 22, 1934 in Weston, Idaho to John Virgil Jensen and Elly Jacobsen. He was the third of four children and lived most of his life in Fairview, Idaho. In 1959, Floyd married the love of his life, Sandra Lee Huntington. They lived 43 adventurous years together traveling to many destinations. Sandra passed away in 2001. He married his second love, Margie Hoggan, in 2008.   They had a wonderful year and a half of marriage. Margie passed away in December of 2009. Floyd was a devoted husband, father, brother, grandfather, and friend.

Floyd was a Korean War Veteran. He also served as Bishop of the Fairview 2nd ward, and on various boards and committees including Chairman of the Lava Hot Springs Foundation and on the Franklin County Democratic committee.

Floyd spent his life working on the farm as partners with his brother, Bryce, and later with his nephew, Brian. He enjoyed flying airplanes and serving others in church callings and in everyday life. He was a poet and wrote many original poems for his friends.  Floyd was known for his love of golf- he was club champion and had several “Hole-in-ones”.  He worked for many years at Webb Funeral Home and enjoyed helping others as the “Head Gopher”.  Floyd was always “on the go”, had a restless spirit and was up for any challenge.  He collected friends everywhere he went.

Funeral services will be held on Monday, June 3, 2019 at 11:00 a.m. in the Fairview Second Ward Chapel, 165 W. 4800 S., Preston, Idaho with President Brett Stuart conducting.  Viewings will be held on Sunday from 6-8 p.m. at Webb Funeral Home, 1005 S. 800 E., Preston, Idaho and Monday from 9:30-10:30 a.m. at the church.  Military rites and interment will be in the Treasureton, Idaho Cemetery.  Memories and condolences may be shared with the family at webbmortuary.com  “Families are Forever- I’m going golfing!”

To order memorial trees or send flowers to the family in memory of Floyd J Jensen, please visit our flower store.