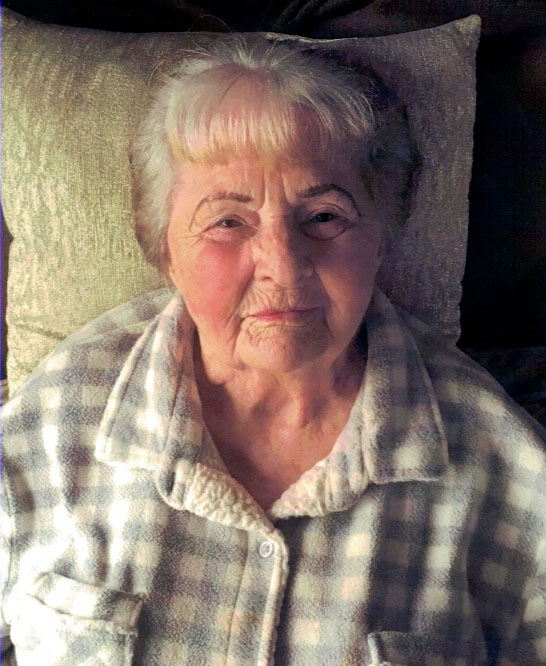 On May 19, 2018 our beautiful and precious wife and mother Flourice Haslam Gregory Sparks returned to her heavenly home where she is now at peace and rest with family and friends and free of earthly pain. Flourice was born on November 2, 1934 in Trenton, Utah to James Riggs and Martha Nielsen Haslam. She was the second girl in a family of four boys and three girls. From Trenton they moved to Lewiston, Utah where she attended elementary, middle and high school. Lewiston was special. The 4th of July parades and rodeos were enjoyed by all every year. As a teenage she was an usher at the movie theatre. She was always meticulous with her appearance. Clothing was always fresh and ready to wear. Flourice met and fell in love with Donald L Gregory. They were married in the Logan Utah Temple on April 30, 1954. To this union came four boys, Paul, David, Tony and Troy. They family lived primarily in Cache Valley both Utah and Idaho. Their initial occupation was on family farms in Cub River and 5th Ward or Egypt immediately East of Preston, Idaho. They bought their own farm in Lewiston Utah in 1973. Don was a trucker, gone a lot from home and Flourice and the boys were responsible for and took care of milking 50 dairy cows and farming 100 irrigated acres, primarily alfalfa and barley. This meant early rising at 04:30 a.m. to accomplish all the milking, feeding, cleaning corrals and such before getting ready and leaving for school by 07:30 a.m. After school it was back to moving sprinkler pipes, bedding and cleaning corrals before evening milking times. They loved going to the movies, never getting to the show house at the beginning due to chores. She also enjoyed bowling with a team in Preston. That team was able to go to Las Vegas to bowl in a championship, which they won. Las Vegas hasn't been the same since. She loved music especially cowboy music, her favorite was Charlie Pride's "Kiss an Angel Good Morning," she loved to listen to it.

Her relationship with her boys was always close with lots of love and affection for one another. But with four rambunctious boys there were times the boys pushed their mother to the limit at which time they became very familiar with flying eggs and shoes. It did happen on occasion the eggs would miss their target and instead end up on the blue chiffon curtains then the boys would find themselves bonding with a wooden spoon. Because of mother's hard work, discipline, and love all the boys graduated from high school and all have become Professional Transportation Relocation Engineers, also known as truckers, and all have become loving and successful fathers.

Don's life tragically ended on September 17, 1976. Flourice and the boys continued running the farm and dairy.

In 1980 Flourice married David C. Sparks. They ran the farm and dairy until their retired in 1997. Flourice also worked at Cache Valley Dairy for 10 years prior to retirement. After retirement they relocated to Twin Falls, Idaho where they have lived for 20 years. Flourice, as a member of the Church of Jesus Christ of Latter-day Saints served faithfully in the Primary, Young Women's, and Relief Society. She developed a deep and strong bond with the children and young women she taught and worked with that lasted throughout her life. With her Relief Society sisters in Twin Falls she helped make hundreds of quilts that were donated to the Deseret Industries to be distributed throughout the world to people in need.

She is survived by her husband David Sparks, and all four of her boys Paul (Trena) Gregory, David (Cheryl) Gregory, Tony (Debbie) Gregory, and Troy Gregory, 16 grandchildren, and 33 great grandchildren. She is also survived by her sisters, Joyce Porter, Ann White, and brother Niels Haslam. She was preceded in death by her parents, James and Marth, brothers James, Harold, and Bud and a sister Vera.'

Looking back on some of the experiences of life, one Indian word comes to mind, Yataha!

Funeral services will be held on Thursday, may 24, 2018 at 12:00 noon in the LDS Chapel at 399 Maurice Street North in Twin Falls, Idaho. A viewing will be held Thursday from 10:30-11:30 at the church. Services will also be held on Saturday, May 26, 2018 at 12:00 noon at Webb Funeral Home in Preston, Idaho. A viewing will be held Saturday from 10:30-11:30 a.m. also at the funeral home. Interment will be in the Preston Cemetery. Memories and condolences may be shared with the family at www.webbmortuary.com

To order memorial trees or send flowers to the family in memory of Flourice Gregory Sparks, please visit our flower store.
Send a Sympathy Card