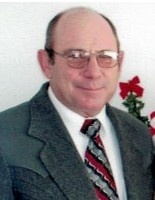 Farrell E. Beins, 66, passed away Monday, May 1, 2017 at the University of Utah Hospital in Salt Lake City following a brief illness.  He was born July 31, 1950 to Frederick Everett and Ursula panting Beins in Soda Springs, Idaho. He attended school in Soda Springs and in Dayton, Idaho in the 50's then moved to Fairview where he attended school in Preston. He also attended college for three months. He joined the Army at age 20 and served in the Vietnam War for almost two years. He married Peggy Jo Kippes on December 29, 1978 in Logan, Utah. They were later sealed in the Logan Temple on January 13, 2007. He was active in the LDS Church where he fulfilled several callings.

Throughout his life he worked for farmers, raced horses with the Schvaneveldts, and worked in Soda Springs for 40 years for a maintenance company Mark III where he made many life-long friends. He retired in November 2015 at age 64 and then helped a neighbor with cattle, which was a joyous time of his life. He enjoyed being with family, riding horses, camping, and working with cattle. He also enjoyed going on fishing trips with family and friends.

He is survived by his wife Peggy, his daughter Lexie Beins Groves, of Weston, ID; two step-sons Jeremy Wolford and Erik Wolford both of Preston, and six grandchildren. He is also survived by two sisters Christene Rich, of Logan, UT; and Cheryl (Ralph) Barson, of Riverton, UT; and many nieces and nephews. He was preceded in death by his parents.

Funeral services will be held on Monday, May 8, 2017 at 11:00 a.m. in the Fairview 2nd Ward LDS Chapel, 165 West 4800 South in Preston. A viewing will be held on Sunday from 6-8 p.m. at Webb Funeral Home in Preston and on Monday from 9:30-10:30 a.m. at the church in Fairview. Interment will be in the Fairview Cemetery. Memories and condolences may be shared with the family at www.webbmortuary.com

"God say you getting tired and a cure was not to be, so he put his arm around you and whispered, 'Come with me.' With tearful eyes I watched and saw you pass away. Although I love you dearly, I could not make you stay. A golden heart stops beating, hardworking hands at rest. God broke my heart to prove to me that he only takes the best." - Anonymous

To order memorial trees or send flowers to the family in memory of Farrell E. Beins, please visit our flower store.