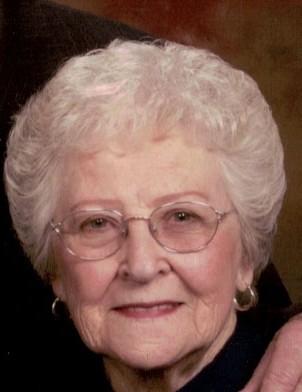 Evelyn Olsen Doney, 85, of Franklin, Idaho passed away on a beautiful sunny day, Monday, October 29, 2018 at the Heritage Home Senior Living Center- East wing of memory care- in Preston, Idaho. She was born Gladys Evelyn Olsen, the daughter of Ivan DeMont Olsen and Gladys Alene Jones Olsen. She was the only girl and had three brothers-Russell, Glenn and Reed Jay. As brothers always do, they loved, teased, and tormented their sister. She went by Evelyn throughout her life. She was born and raised in Preston, Idaho and graduated from Preston High School in the class of 1951.

After school she worked at Johnson’s Drug Store for Ellis and Paul Johnson. It was one night after work – a trip to Logan – sitting on the lap of Alan Doney – and as they say the rest is history. Alan and Evelyn courted and dated over the next couple of years. They were married on September 8, 1953 in Elko, Nevada and they were later sealed in the Logan Temple on November 30, 1986. The little family became complete when they adopted a bouncy baby girl, Shelley Ann Doney, on January 16, 1966. Their adventures began and the list is long!

Evelyn filled many roles and wore many hats. She was a wife, mother, homemaker, in-law, aunt, friend, and always a lady. She was a lady of service to her family and friends. She was a member of the Franklin wards and the Heritage Legacy Branch in Preston. Over the years she had many callings – but the greatest was Alan’s wife and Shelley’s mom. As they say it takes a village- over the years and hers is huge.

The family would like to give a special thanks to the doctors and nurses over the years, to the Heritage House Senior Living folks for taking care of her, to Access Health and Home Hospice team – thank you for your help every step of the way, and to Beverly Harding, thanks for making my Momma sparkle and shine every Monday, Wednesday, and Friday, and also everyone else who has helped, she’s gained her angel wings. Thanks to her Heavenly and Earthly Angels from the bottom of our hearts. We greatly appreciate everyone’s concerns, thoughts, and prayers.

She is survived by her husband Alan Doney of Franklin; her daughter Shelley Ann Doney of Franklin; her brother Glenn (Golda) Olsen of Lehi, Utah; nieces and nephews and spouses on both her side and Alan’s side. She was preceded in death by her parents, Ivan and Gladys Olsen; by a brother and sister-in-law, Russell and Vivian Olsen, by a brother Reed Jay Olsen, by her in-laws, Levor and Thelma Doney, by two brothers and sisters-in-law, Wayne & Marilyn Doney and Geraldine & Paul Wilkinson.

To order memorial trees or send flowers to the family in memory of Evelyn Doney, please visit our flower store.
Send a Sympathy Card