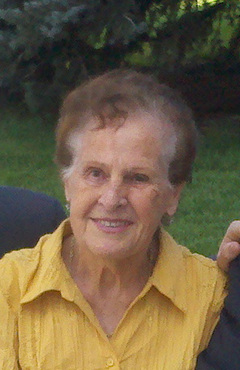 Emalu Dunlop Hart, 82, passed away peacefully on Monday, March 14, 2016 at her home in Lewiston, Utah. She was born on November 9, 1933 in Whitney, Idaho to Scott Barrett and Lurena Winward Dunlop. She married Quint Arthur Hart on January 24, 1958 in Preston, Idaho. Their marriage was later solemnized in the Ogden Temple.

Emalu worked as an RN at the Preston Hospital and Southeast Idaho Home Health for 30 years. She spent time at the Family History Library in Logan and was also a Cub Scout Leader. She helped organize Air Force reunions for 20 years. She loved to travel and visited many places around the world, Alaska, England, Ireland, Scotland, Bermuda, Puerto Rico, Bahamas, Aruba, most of the states, Mexico, Canada, and Jamaica. She was a member of the Daughters of the American Revolution (DAR) and the Daughters of the Utah Pioneers (DUP).

She is survived by her husband, Quint, of Lewiston, her children Scott Arthur (Shauna) Hart, of North Little Rock, Ark; James Barrett (RaeAnn) Hart, of Millville, UT; and Traci (Klair) Kent, of Lewiston, UT; 11 grandchildren, four great grandchildren with one on the way. She was preceded in death by her parents, and parents-in-law Arthur (Dutch) and Belva Hart.

Funeral services will be held on Thursday, March 17, 2016 at 12:00 noon in the Lewiston 4th Ward Chapel, 16 South Main Street in Lewiston.  A viewing will be held on Wednesday from 6-7:30 p.m. at Webb Funeral Home and Thursday from 10:30-11:30 a.m. at the church in Lewiston. Interment will be in the Preston Cemetery. Memories and condolences may be shared with the family at www.webbmortuary.com

To order memorial trees or send flowers to the family in memory of Emalu Hart, please visit our flower store.
Send a Sympathy Card