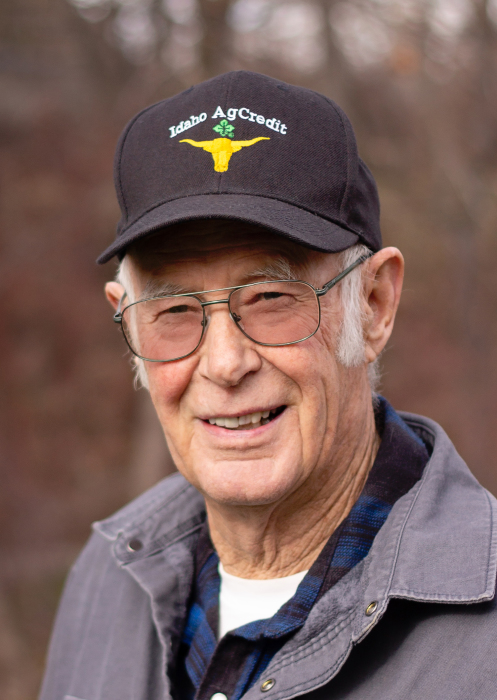 Elton Bud Eck passed away February 13, 2020 at the age of 81. He was born on March 27, 1938 to William and Myrtle Eck.  Bud learned the significance of hard work when his father passed away when he was 14 years of age. His father’s passing left him, his sister and mother to run the family farm, until he was later able to purchase it.

He graduated from West Side High School in 1956,  and attended the National School of Heavy Equipment Operation and Maintenance, in Weiser, ID.  He was married three times and had two mischievous sons and three lovely daughters.

After 20 years of service, he retired from the Franklin County Road Department in September 1999.  After retirement he filled his days watching the deer and other wildlife that would roam his mountain property.

Bud enjoyed farming, hunting, camping,  riding four wheelers in the canyons surrounding his home. He took great pride tending to his perfectly manicured yard.  However, his biggest joy was spending time with his family and friends. He loved to tease and torment his  grandchildren.  They all loved and appreciated “Big Grandpa’s” attention.

He is preceded in death by his parents; His sisters; Evelyn Stotts and Wilma Scheel; his brothers; Dale, Ray, Roy, and Reed Eck as well as a  great grandson, Cole Eck.

Funeral services will be held on Saturday, February 22, 2020 at 11:00 a.m. at the Dayton LDS Chapel, 825 N. Westside Hwy. Dayton,  Idaho. Friends and family may call prior to the funeral  from 9:30-10:30 a.m. Interment will be in the Dayton Idaho Cemetery. Memories and condolences may be shared with the family at: webbmortuary.com

The family would like to express their sincere gratitude to the compassionate caregivers at The Heritage Home,  Franklin County Transitional Care and Signature Hospice as well as Dr. Knapp and his staff.

To order memorial trees or send flowers to the family in memory of Elton Bud Eck, please visit our flower store.
Send a Sympathy Card