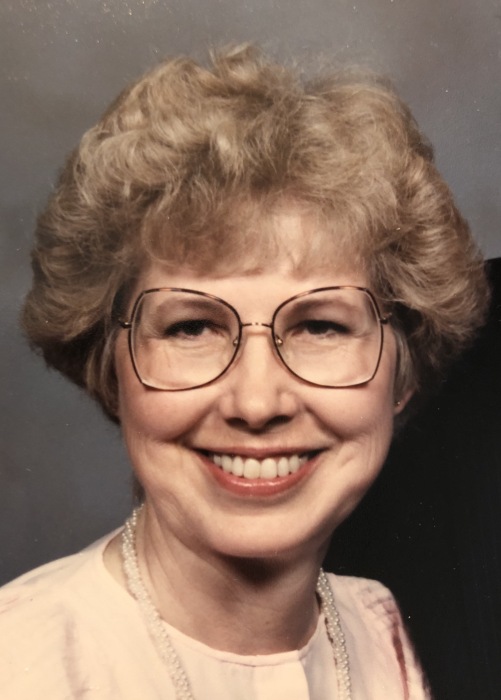 On January 5, 2021, after a long and eventful life, Elizabeth Blood Gage quietly passed from this mortal existence. Elizabeth came into the world on May 28, 1935 during the midst of The Great Depression and on the tail end of an exceptionally bitter winter. At the time, medical services for expectant mothers in the tiny unincorporated farming community of Penrose, Wyoming came in the guise of a traveling midwife. On that chilly March day, In the small two roomed home that had once functioned as a feed shed for livestock, the midwife handed parents Russell and Minnie Blood their new baby girl. There to welcome Elizabeth were older sister Louise and brother Dwight. In ensuing years, siblings Judy, Ann, and Steve would join the family.

The Great Depression, World War II, and subsequent recovery years were times of hardship for the growing family. Eking out an existence on the small plot of stony soil was augmented with money earned from sales of Russell’s western marquetry and Minnie’s school teaching salary. Although life was hard, it was also filled with rewards. According to Elizabeth, the lessons learned from living simply and the joy of being in a home filled with love more than compensated for any privations they may have endured.

For young Elizabeth life was filled with chores, school, games of imagination, evenings with family gathered around the radio, activity in the LDS Church, and family. Somewhere in those early years of growing up Elizabeth managed to discover a love of reading and a knack for playing the piano. Both provided avenues of escape and endless hours of joy. These were activities she cherished all of her life.

After graduating from Powell Senior High School in 1953, Elizabeth headed off to The University of Wyoming. Freshman and sophomore year provided her with the necessary coursework to earn a teaching certificate. With her newly acquired credentials, she took a job teaching 28 rowdy 2nd graders in Riverton, Wyoming. It was here that Elizabeth met her first husband Robert Reed Consoliver. The couple were married in Douglas, Wyoming on June 9, 1956. A quick succession of children followed. Oldest son, Brigham joined the couple in April of 1957. Then William Patrick, Dorothy, Sara, and Tony followed. Robert’s wanderlust eventually found the family moving to Washington in 1966 and finally settling in the Seattle area.

When Robert and Elizabeth separated, her pioneer upbringing did not brook any notion of giving up. She rolled up her sleeves and got to work building a life. In two years, she took her five young children back to Wyoming, put herself through college, earned a master’s degree in education, and obtained a teaching job in the very district where she had attended her first twelve years of school.

Elizabeth’s Powell, Wyoming teaching experience was interrupted by a two-year sabbatical to accommodate a teaching stint for the Department of Defense in Germany. The experiences of living abroad served to enrich Elizabeth’s life. Like her parents before her, she was strong, hardworking, and determined.

Finally, In the summer of 1980, Elizabeth met the love of her life: Ronald Gage. The two were introduced at a family gathering in Tumwater, Washington, and after a relatively brief courtship, they were married for time and all eternity in the Seattle Temple on January 10, 1981.

Elizabeth and Ron both brought children into the marriage and Ron adopted Elizabeth’s youngest child, Tony. Between the challenges of merging families there were the rigors of Ron’s busy dental practice, church activity, children getting married, and grandbabies being born. Life for the two lovebirds was rich, full, crazy, and busy. There were hardships and heartaches, but mostly joy and love.

Elizabeth’s story is one with a happy ending: she and the love of her life retired and moved to the land of Napoleon Dynamite; Preston, Idaho. Here the two pursued their numerous hobbies. For Elizabeth those included painting, drawing, marquetry, playing piano, gardening, and her passion – making beautiful quilts worthy of display in any gallery. She was accomplished in all of her endeavors.

More important to Elizabeth than her hobbies were her family, her testimony of the Gospel, and her membership in the LDS Church. While she loved her many Church callings, none brought her as much joy as those involving the choir. Whether it was leading, singing, or playing the organ, the choir was her sweet spot.

On January 19, 2017, after 36 years of life together, Elizabeth’s beloved Ron passed away. In the years after Ron’s death, Elizabeth’s health deteriorated and she desperately missed her husband. On the evening of January 5, 2021, after an acceleration of worsening health conditions, Elizabeth peacefully went home.

Memorial services will be held on Saturday, January 9, 2021 at 5:00 p.m. at Webb Funeral Home, 1005 South 800 East, Preston, Idaho.  The services will be streamed live and may be watched by clicking on the following link:  https://youtu.be/5G-t2-LftFc

Graveside services will be held later this year and her ashes will be buried alongside her husband in Olympia, Washington.  Memories and condolences may be shared with the family at webbmortuary.com

To order memorial trees or send flowers to the family in memory of Elizabeth Gage, please visit our flower store.
Send a Sympathy Card