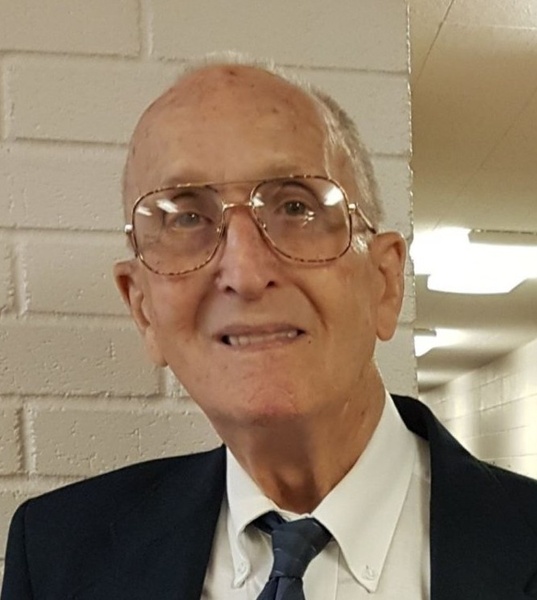 Eldon Fillmore Carpenter passed away September 20, 2021, at the age of 92, at the Veteran’s Hospital in Pocatello, Idaho. He was born April 4, 1929 to Adam Wilson and Orris Clements Carpenter.

He is preceded in death by his parents and brothers: Keith (Lois) Carpenter, Charles (Bessie) Carpenter, Reid (Joyce) Carpenter, and Boyd Carpenter and also sisters Lucille Carpenter, Irene (Odell) Ransom, Etta Mae (Val) Buttars. He is survived by a brother Howard (Charlene) Carpenter and a sister Mary (Jim) Neilson.
Eldon was the sixth child of ten children. He was born and raised on a farm in Oxford, Idaho. The chores were never ending. The family milked 18 cows, placing the milk into cans for the milk hauler. A lot of work went into cultivating and planting. At harvest time the produce was loaded up in the Model A Ford and driven thru Weston, Clifton, Oxford, Swan Lake and up to Downey until all the produce was sold. Then work was on to put up the hay and harvest the wheat. In their spare time, Eldon enjoyed riding an old gray mare named Kit and playing games with his siblings.
As his older brothers joined the services the farm was too much to handle. The farm was sold and the family moved to Preston. Eldon joined the Army when he was 18. He was stationed in Germany for 5 ½ years. Then in Pennsylvania for 9 years before being Honorably Discharged in 1957.
Once home Eldon went all over the United States and parts of Canada driving truck for Allied Van Lines, before retiring to American Falls.
Eldon was an active member of The Church of Jesus Christ of Latter-Day Saints. He served as a home teacher, in the scouting program and frequently assisted the missionaries. Eldon was a compassionate, kind-hearted man. Always caring for others particularly the women of his neighborhood. He helped them wash windows, garden or anything that needed extra muscle. He was loved by all he served. You could typically see him taking walks throughout American Falls. Eldon lived a life of gentleness, service and love. He was a great conversationalist; many could be seen talking to him on his porch.
True to his upbringing Eldon was an avid gardener. He could grow anything. His plants were beautiful, well-tended and bountiful. He shared his produce with his friends and neighbors.
Eldon loved everything country; movies, music, played the harmonica and anything with good music. He enjoyed bubblegum, playing solitaire, Jenga, Pepsi, pizza and flowers. Eldon was a remarkable individual and will be greatly missed by all who knew and loved him.

Funeral services will be held on Monday, September 27, 2021 at 11 am in the American Falls Stake Center, 111 Church Place, American Falls, Idaho. A viewing will be held Monday from 9:30-10:30 a.m. at the stake center. Military rites and interment will be Monday at 3 p.m. in the Preston Idaho Cemetery. Memories and condolences may be shared with the family at webbmortuary.com

To order memorial trees or send flowers to the family in memory of Eldon Fillmore Carpenter, please visit our flower store.