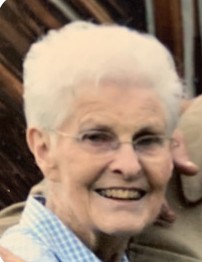 Helen Elaine Price Nivison, 85, was called home by her Father in Heaven on January 16, 2020. Elaine was born to Ted and Helen Price in Salt Lake City on March 7, 1934. She had two sisters Pat and Judy. Together they were blessed with piano, singing, and dance lessons. Elaine was baptized a member of the Church of Jesus Christ of Latter-Day Saints. The church played a very important role in Elaine’s life. Elaine graduated from West High School.

Shortly after graduation, she met her soulmate and life companion, Terry Nivison. They were married on August 12, 1954. Terry and Elaine worked together, played together, and together they created a family. They had two children, Howard Nivison and Brenda Harris, who brought so much joy into their lives. Elaine was the Postmaster in Richmond, UT for 28 years. She was also one of the best Mink Ranchers this world has ever seen. Elaine played the organ for both the LDS Church and the Presbyterian Church in Preston, ID. The thing that Elaine truly outdid herself in was being a grandma. She spent a lot of time with her oldest grandson, Jeremy Nivison.

In 1999, she took over the role of mom to her other two grandchildren Justin “Homer” Harris and Ashley Harris. She is survived by Terry Nivison, Pat (Rex) Beazer, Judy (Joe) Whitaker, Howard (Kim) Nivison, Jeremy (Bethany) Nivison, Justin “Homer” Harris (Amy Blevins), and Ashley Harris. She had 6 great grandchildren Miles, Lucas, Kenadi, Ryan, Cashlyn, and Corbin. She had many nieces and nephews whom she loved very much. She was welcomed home by Bill and Marie Nivison and Ted and Helen Price. The most precious reunion with her daughter Brenda (Guy) Harris warms all of our hearts.

To order memorial trees or send flowers to the family in memory of Elaine Nivison, please visit our flower store.
Send a Sympathy Card