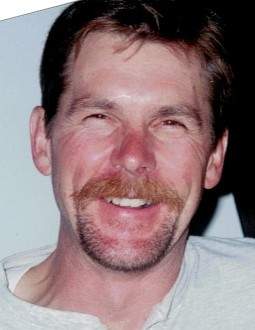 Edward Judd Bowles, 63, passed away in his home after a short battle with cancer on April 6, 2017. Ed was born on September 29, 1953 to Orval Judd and Joyce Choules Bowles. Ed was raised in Fairview, Idaho on his dad's dairy farm. he attended elementary school in Preston, in 6th grade he went to Franklin for one year, then attended Jr. High and High School in Preston. While in High School, Ed played football and wrestled. His senior year their football team won district championship, not losing a game all year. He was also voted best looking. He graduated in 1971 and attended Ricks College and Idaho State before marrying his high school sweetheart Caron Lowe on March 2, 1973. They were later sealed in the Logan Temple. Together they had four boys, Guthrie, Troy, Tann, and Tate. Ed worked as a shoe salesman for three years then came back to help his dad on the dairy farm. Ed and Caron bought the dairy farm from his dad in 1990. Ed worked hard all his life on the farm until he retired in 2016.

Ed loved growing up on the farm and was once chosen as dairyman of the year. As much as he loved the farm, his first love were his horses. He loved cow cutting and went to many competitions. He loved riding with his friends and teaching his grandson Colby how to cut horses. He loved hazing for his son Tate at the High School Rodeos. he loved watching his boys in all their activities, whether it was football, wrestling, baseball, soccer, or dancing, he loved it all. Ed was an active member of the Church of Jesus Christ of Latter-day Saints. He was a home teacher, primary teacher, Sunday School President, Elders Quorum Secretary, in two bishoprics, and at the time of his death, he and Caron were Justserve Stake Specialists. Through justservec Ed served the community. One of his favorite things to do was help at the Senior Citizens. He helped take meals to the homebound and pass out food to those who needed it. He loved the men he worked with at the Senior Citizens.

Funeral services will be held on Saturday, April 15, 2017 at 12:00 noon in the Fairview 1st ward LDS Chapel, 165 West 4800 South in Preston. A viewing will be held on Friday from 6-8 p.m. at Webb Funeral Home and Saturday from 10:30-11:30 a.m. at the church. Interment will be in the Fairview Cemetery. Memories and condolences may be shared with the family at www.webbmortuary.com.

The family would like to thank Dr. Beckstead and his staff for their love and compassion, all of his friends, family, and ward family for all their visits, cards, kind words and deeds. He truly loved people and had a special way of making everyone feel loved.

To order memorial trees or send flowers to the family in memory of Edward "Ed" Judd Bowles, please visit our flower store.