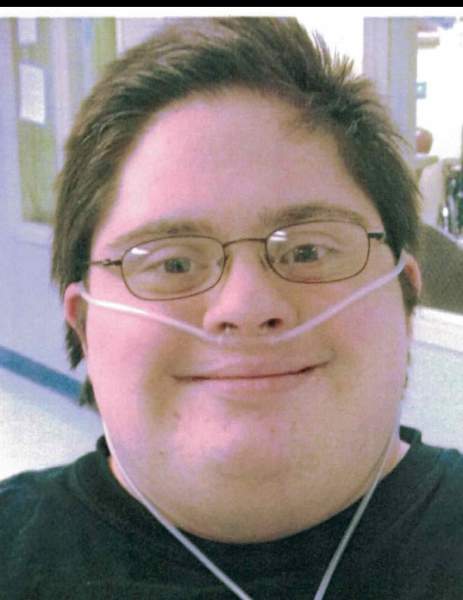 Edmond Spencer Gonzales, 31, passed away August 8, 2018 in Preston, Idaho. The Boss was born on August 25,1986 in Logan Utah to Carolyn Wilkes and Patrick Gonzales. He came into this world fighting and to one older brother and two older sisters then a few years later he gained a little sister. He left this life in the loving arms of his sister and surrounded by loving family. He was so full of life and touched so many lives these short years on this earth. He had so to many struggles on this earth but always went full force to whatever he was going to fight with a smile on his face. he always made friends to whomever he met. He was always giving out hugs, smiles or treats to whoever he knew that needed one or even when he saw you. The boss's favorite place would be to be with his family or friends.

The Boss Ed is survived by Carolyn Fuller (Preston) Brothers Michael Gonzales Ohio, Levi Stowell (Bekah) Pocatello, Sisters Jennifer Gonzales (Rene) Logan, Mary Gonzales (Tracy " in law" Rawlings) Preston, Paulette Gonzales Preston, Whitney Stowell Pocatello. He also had many nieces and nephews he loves dearly Seth, Ankayla, Mersadies (Skyler), Jorge, Skylar, Elena, Jordan, Solicity, Jahred, Kelton, Aria and the new little niece that will be born anytime.  He was also a Great uncle to Deegan and chandler. He is also survived by many aunts, uncles and cousins, by his great-uncle and namesake, Edmond (Alice) DeGasser of Richmond, Utah and by his two dogs, Bubba and Beautiful.

There is an account set up at Lewiston State Bank Under Mary Gonzales if you would like to donate. Please dress casual or western and bring an unopened soda can of either Dr. pepper or Coke to the graveside to send him off with celebration.

To order memorial trees or send flowers to the family in memory of Edmond Spencer Gonzales, please visit our flower store.