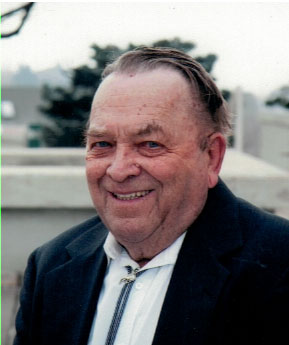 Doyle Corbett Webb, 88, passed away peacefully on Thursday, January 17, 2019 at his home in Richmond, Utah. He was born on November 3, 1930 in Smithfield, Utah to Samuel Milton and Albertina Corbett Webb. He is the oldest child with two younger brothers Joseph Keith, and Milton Clair.

Doyle was raised in Richmond, Utah where he attended and graduated Lewiston Jr. High and North Cache High School. He served in the US Army during the Korean War. He married Winona James on December 4, 1954 and they had seven children. He loved playing baseball, fishing and hunting, playing pool at LD's Cafe, dancing, and buying lottery tickets. He was an avid Utah Jazz fan and always enjoyed watching them play. He worked at the milk and cheese plants in Richmond and retired after 37 years. Doyle was commonly seen driving the roads of Richmond looking for pheasants. Doyle was a great caregiver and took care of many family members in their time of need.

Doyle lived life his way and was king of the road. We loved him and will miss him dearly.

Click the "Red Arrow" to listen to funeral services. You may also order copies by clicking on the "Order" button.
To order memorial trees or send flowers to the family in memory of Doyle Corbett Webb, please visit our flower store.
Send a Sympathy Card