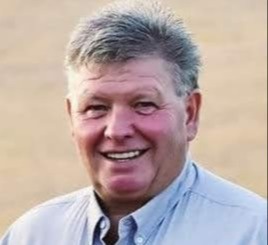 Douglas Blaine Tabot, 59, passed away peacefully on June 29, 2022, at Portneuf Medical Center from complications of kidney and liver failure. He was surrounded by his loving wife and two children. Doug was born on October 6, 1962, in Preston, Idaho, the son of LaVern and Margaret Talbot. Doug grew up on the family farm in Winder, Idaho with his seven brothers and one sister as well as many cousins. They enjoyed working hard alongside their father as well as hunting and fishing in the surrounding area.

He served a mission for the Church of Jesus Christ of Latter-Day Saints in the Tennessee Nashville mission. After returning home, he married Cathy Carter on May 4, 1984, in Preston, Idaho. They were later sealed in the Logan Utah Temple. Doug’s testimony of the gospel never faltered. He always knew that the Church was true. He served faithfully in many callings, but his favorite was as a teacher in Primary.

Doug worked in the auto industry selling cars for thirty plus years in both Idaho and Utah. After many years working as a car salesman, he decided to switch gears and began working at Amy’s Kitchen in Pocatello, Idaho. There he met many new friends and thoroughly enjoyed working with them. He was very much a social person. He enjoyed visiting with family, friends, and strangers and loved to tell jokes and stories. He had a winning smile, a can-do attitude, and a heart the size of the sky. He was always ready to lend a hand and lift others up.

Funeral Services will be held on Wednesday, July 6, 2022, at 11 a.m. at the Downey First Ward Chapel, 485 East Center St, Downey, Idaho 83234. Viewings will be held Tuesday, July 5, 2022, from 6-8 p.m. at Webb Funeral Home, 1005 South 800 East, Preston, Idaho, and Wednesday from 9:30-10:30 a.m. at the church in Downey.  Interment will be in the Preston Cemetery. The family would like to thank the amazing staff at Portneuf Medical Center for their wonderful care of our husband and father. Memories and condolences may be shared with the family at webbmortuary.com

To order memorial trees or send flowers to the family in memory of Douglas Blaine Talbot, please visit our flower store.