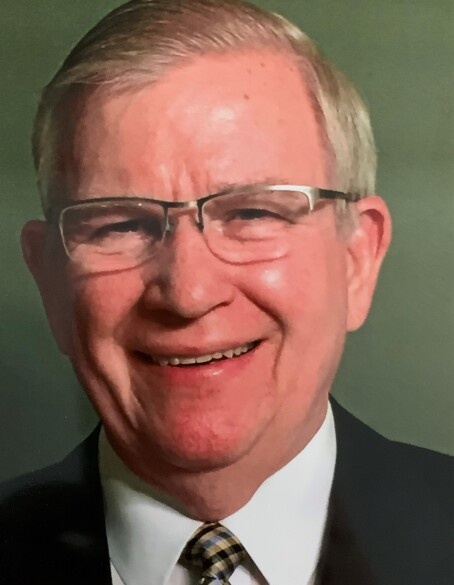 Douglas graduated from Mesa High School in 1968 and was awarded the “Best Defensive Football Player”. He danced with the Mia Dancers and performed in Preston, Idaho the summer of 1968. He served a mission in Hawaii from 1969 – 1971. He attended Utah State University, serving as ASUSU student body officer as the Financial Vice President his senior year. He graduated in 1974 with a Finance degree. He earned an MBA from Utah State in 1993 and his CPA designation in 2005.

Douglas worked as an insurance agent for about 15 years and in 1995 he began employment with Nucor Steel on their finance “team”. He started in the Utah plant in Plymouth, and in 1999 transferred to the Jewett, TX plant for 11 years. In 2010, he joined the Nucor finance team in Memphis, TN and was there until he retired in 2019.

Douglas loved scouting and enjoyed serving in various positions for many years. Although he never earned the Eagle Scout award, he loved helping young men, especially his son Jonathan, achieve the Eagle rank. Douglas was honored to receive the Silver Beaver award in 1986.

Douglas had a strong testimony of the Gospel of Jesus Christ and served in many positions throughout the years. He was called as Bishop of the Logan 12th Ward in 1976, and again as Bishop of the Bartlett 1st Ward in 2016. Douglas was always happiest when he was serving the youth.

A viewing will be held Friday from 9:30-10:30 a.m. prior to the services. Interment will be in the Whitney Cemetery. In lieu of flowers donations may be made to Hospice Brazos Valley. hospicebrazosvalley.org

To order memorial trees or send flowers to the family in memory of Douglas W. Jensen, please visit our flower store.