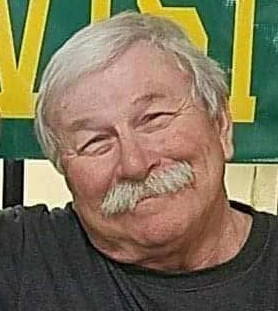 Douglas Grant Doney, 70, passed away a little too soon of natural causes on June 5, 2021. Doug was born March 12, 1951 in Preston, Idaho to LaDell Doney and Dorothy Merrill. He attended school in Preston where he met the love of his life, Traci Lynn Lewis. They were later married on 8-8-80. Together they had two children, Jenifer and Bracken D.

In 1984, Doug relocated his family to Boise, Idaho to begin his career in construction, where he amassed a large work family. He finally retired in January of 2021. There was not, is not, nor ever will be a person that can radiate as much love, kindness and happiness without saying a word as our dear Dougie.
He left behind his loving wife of 41 years, his two children, four grandchildren, Ashton, Zoey, Landon and Morgan (Ronnie Brakke); by a brother, Bill (Patricia) Doney; a sister-in-law, Diane Lewis, and by numerous nieces and nephews. He was welcomed by his parents, Traci’s parents, his sister, Pam and by two brothers-in-law, Lee and Todd Lewis.
The family would like to extend our thank you to the Preston Police Department, Franklin County Sheriff Department, Franklin County Ambulance Crew, the staff at Franklin County Medical Center and all those who helped Traci perform CPR until help arrived. Memories and condolences may be shared with the family at webbmortuary.com

To order memorial trees or send flowers to the family in memory of Doug Doney, please visit our flower store.
Send a Sympathy Card