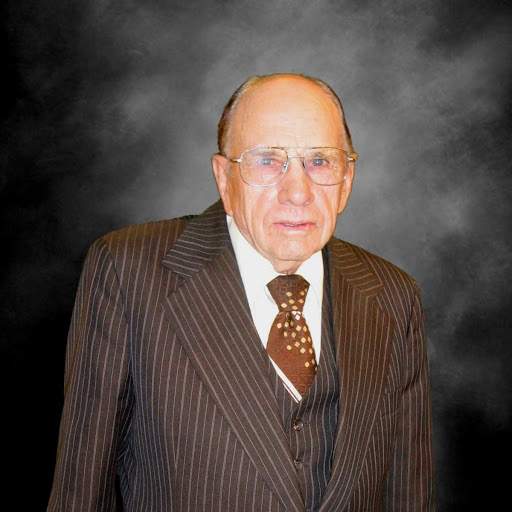 Dorin Frederick Porter was born May 24, 1922 in Mapleton, Idaho. He was the oldest child of Frederick Earl and Jennie May Gilbert Porter. He died September 27, 2017 in Preston, Idaho.

He attended school in Mapleton and graduated from high school in Franklin, Idaho. He loved chemistry and physics in school. He was raised on the farm along Sugar Creek, where he learned to work hard. He served in the army during World War II. He fought in Germany where he was wounded at the Battle of the Bulge. He was awarded the Purple Heart. In 1948, he married Lucy Auger in the Logan LDS temple. On Sunday, September 24, 2017, they celebrated their 69th wedding anniversary.

He was a farmer, as well as a mechanic, both on and off the farm all of his life. He was an original “do it yourselfer”. He could fix anything with moving parts. He kept his farm implements running and many of his neighbor’s equipment also. He was an active member of the LDS church where he served in many positions. He loved being the drama director as well as performing in ward plays. He served as Bishop, Ward Clerk, High Priest teacher, Sunday School teacher, along with many other callings and assignments throughout his life. He was always a faithful and dedicated home teacher.

To order memorial trees or send flowers to the family in memory of Dorin Frederick Porter, please visit our flower store.