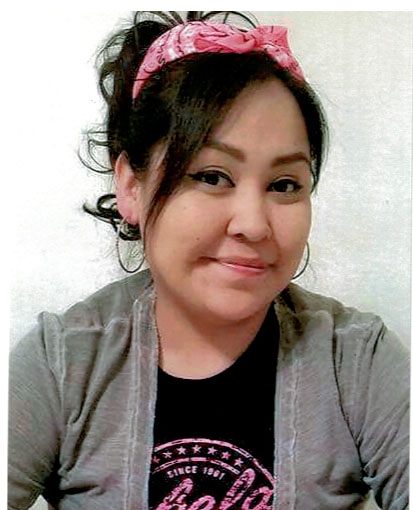 Doralene grew up in Tremonton, Utah and with life changes she also attended middle school in Ogden, Utah. She then graduated from Holbrook High School in Holbrook, Arizona in 2001. After completing high school, she then started a family of her own and had resided in Northern AZ. With life changes she then moved to Preston in 2013 to be closer to her family. She had worked here and there until she gained employment with Pepperidge Farms in Richmond, Utah. She became a part of the robotics team and was employed there for 5 years. She always made fun when she was getting ready to go work. She would laugh and say, “I’m going fishing.” She liked being part of the team. She did the best she could at anything she dedicated herself too.

Her favorite past time was spending as much time as she could with her kids, watching movies and listening to music, laughing with family and hanging out with her friends. She was the eldest of all the grandchildren. She was always laughing and a big jokester. If she was near you, you were probably laughing or being teased. She was a strong person and a proud single mother of five beautiful children. She always made sure that her children were taken care of first.

Services will be Monday April 9, 2018 at 11 a.m. at Webb Funeral Home in Preston, Idaho. Viewing will be from 9:30 a.m.-10:30 a.m. Burial will then follow at Preston cemetery. Memories and condolences may be shared with the family at www.webbmortuary.com

To order memorial trees or send flowers to the family in memory of Doralene Ann "Shorti" Sam, please visit our flower store.
Send a Sympathy Card