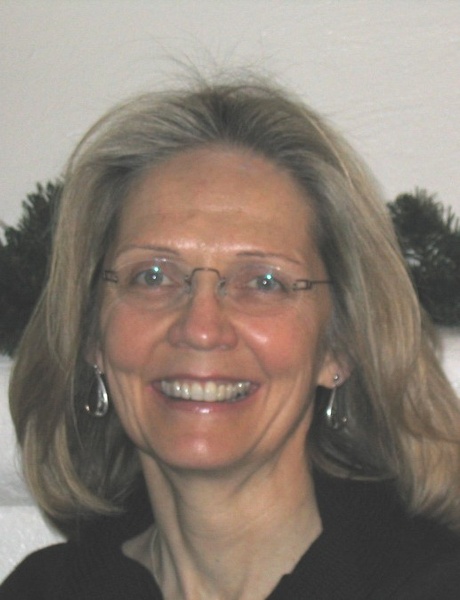 Donna Lee Brooks Webb 69, passed away unexpectedly Wednesday, April 8, 2020 at Banner University Medical Center in Phoenix, Arizona after suffering from a major stroke.  She was born September 22, 1950 in Suffern, NY to Emory Lewis Brooks and Lila Mae Straut.  Emory was in the service in WWII and Korea so was not known by Donna until she was 3 yrs. old.  Lila was a dedicated mother and housewife who cared very much for her husband, daughter and 3 sons in Ramsey, NJ.  After high school Donna earned a nursing degree and pursued that profession for some 17 years in various hospitals throughout the country; New Jersey, Arizona, Idaho, California and New Jersey again.

In 1985 she met Kimber C. Webb at church in Ramsey and they were married in the Washington DC Temple 18 months later, December 6, 1986.  Thereafter Donna’s career took a turn.  She went back to college and finished a Bachelor Degree in English literature and then pursued a career in medical writing.

In 1994 upon Kimber’s retirement from Exxon Corporation they moved to Tucson where another turn took place as there were no medical writing opportunities in Tucson.  She received a position as a Research Site Coordinator for a pharmaceutical study at the University of Arizona.  In 2010 as the economic downturn hit Tucson and the University very hard, making further advancement seem unlikely, she took a position in College Station TX to start up a site study program in the hospital there and subsequentially moved to Atlanta, GA and Salt Lake City, UT in similar positions.

While in Salt Lake City she advanced to a clinical site monitor, traveling around the country monitoring various site pharmaceutical trials.  She had just changed companies at the first of the year and was excited to continue her career for iQvia.  She was working until noon on the day of her passing.

Donna was very active in the Church of Jesus Christ of Latter-day Saint holding positions continually until her passing.  In 2001-2002 she and Kimber completed a mission for the church in Fresno, CA.

Donna was in excellent health, no underlying medical conditions, took no medications, exercised regularly so that  her physician was very pleased with her labs following an annual exam just two months earlier.  The only plausible explanation for her death was that God took her home for a greater calling.

Donna is survived by her husband, Kimber of Sun City, AZ, a daughter Christine of Seattle, WA, a step-son Kevin and wife Gretchen along with two grandchildren, Tucker and Spencer, of Atlanta, GA; brothers Jeffery and wife Bernadette of Monroe, NY and David and wife Susanna with their two children Chase and Savanah of Canton, GA. She is also survived by brother-in-law Douglas (Sandra) Webb, of Preston, ID; Curtis (Kristin) Webb of Elk Ridge, UT; and Bracken (Yvonne) Webb, of Idaho Falls, ID; as well as many other extended family members who will miss her dearly. She was preceded in death by her parents, and a brother Randy who passed away in 1994

She will be interred at the Richmond, UT cemetery on Wednesday, April 15 following a small family gathering at the Webb Funeral Home. Memories and condolences may be shared with the family at webbmortuary.com

To order memorial trees or send flowers to the family in memory of Donna Lee Webb, please visit our flower store.