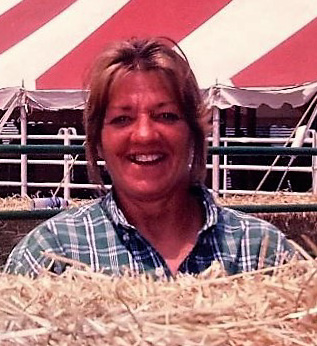 Donna Lea Fitzgerald Owens 60, passed away at her home on February 16, 2021. She was born August 18, 1960 to Robert and JoAnn Alt Fitzgerald in Pittsburg, Ca. Donna married Ronald Hansen in Preston, Id in November of 1978. They were blessed with a daughter named Kristen. After her divorce from Ronald, Donna married Marshal Owens in Fairview, Id in September of 1987. They were blessed with two sons, Cody and Justin. They were sealed as a family in the Logan, Utah Temple. They later divorced. She worked at Pepperidge Farms for 20+ years, Presto Products and she also volunteered at the animal shelter in Logan. Donna had a passion for the outdoors. She especially loved camping and fishing at Palisades, ID. She had a deep love for animals, it really didn't matter the kind. From the time she was young she always had an animal at her side. She really connected with horses and it led her to working with Mike Bosen. From her personal experiences we know those were some of the best years of her life. Donna had the biggest heart and would do anything for anyone. It really was one of her greatest attributes. Donna is survived by her children, Kristen (Marty) Thomas of Swan Lake, ID, Cody (Kristina) Owens of Preston, ID, and Justin Owens of Preston, ID; 7 grandchildren, Kyle, Alissa and Megan Smith, Trenton Thomas, Jayden, Taylor and Maci Owens; Two brothers Bob (Debbie) Fitzgerald of Tremonton, UT and Darold (Heidi) Fitzgerald of Richmond UT; Stepmother Marianna Fitzgerald of Hyrum UT; and her beloved dog Toby. Donna is preceded in death by her father Robert Fitzgerald, her mother JoAnn Alt Jensen, her step father Paul T Jensen and her brother Paul T. Jensen Jr (Tom). In lieu of flowers, donations may be made to Webb Funeral Home by calling 208-852-0533. If you would like to send a card to the family please send it to PO BOX 443 Preston, Id 83263. Funeral services will be Saturday, February 27, 2021 at 12:00 pm at Webb Funeral Home, 1005 South 800 East, Preston, Idaho. A viewing will be held prior to the funeral from 10:30-11:30 am.  Interment will be at the Mink Creek Cemetery.  Memories and condolences may be shared with the family at webbmortuary.com
To order memorial trees or send flowers to the family in memory of Donna Lee Owens, please visit our flower store.
Send a Sympathy Card