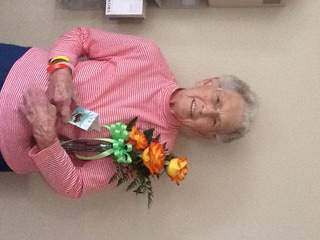 Dolores Yvonne Walkemeyer McGrew, 85, passed away peacefully on Friday, June 3, 2016 in Preston, Idaho. She was born on March 29, 1931 in Fairbury, Nebraska to Fredrick and Hazel Bennett Walkemeyer. She married William Robert McGrew on August 31, 1947 in Portland Oregon.

Dolores was known to all family and friends as Yvonne .  She lived and raised all her children in Oregon.  She moved to Preston a year ago to live with her son.  She was well known for her loving ways and smile.  She had a "Heart of Gold". She will be dearly missed.

To order memorial trees or send flowers to the family in memory of Dolores Yvonne McGrew, please visit our flower store.