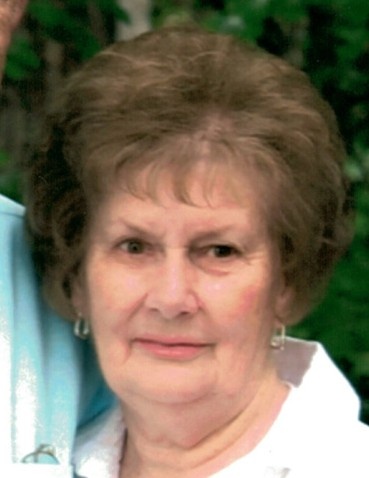 She met her future husband and sweetheart at a dance at the Elite Hall in Hyrum, Utah. After a year of dating they were married on August 18, 1950 in Mendon, Utah and were later sealed in the Logan Temple on October 2, 1951.

After nine months of marriage Arch received draft papers from Preston to report in May 1951 to the Army.  Dolores went back to live with and help her family while he served in the Korean War. Upon his return in February 1953 they returned to make their home in Preston, Idaho. Soon their first child was born, Debra Lee (Steven) Chatterton, a year later Mary Lynn (Tim) Johnson arrived. Then a boy named David Arch Geddes (Leslie) following with two more girls Terri Dolores (Neil) Ransbottom and Ruth Ann (Blake) Andrews, making their family complete.

Dolores was a stay at home mother and cooked, cleaned, sewed and cared for her children and husband. She made lots of dresses including many formals for dances and brides maid dresses. Favorite family meals included  meat loaf, meat pies, roast, rice pudding, meat ball vegetable soup along with the regular hamburgers, hot dogs, pork and beans and homemade bread.

Her hobbies included sewing, family history, scrap booking, she enjoyed making porcelain dolls and gardening. Her home was called the flower house because of all the roses around her home. She served as a faithful member of the Church of Jesus Christ of Latter-day Saints in Primary, Relief Society and the Logan Temple for many years. She served a mission at Martin’s Cove in Wyoming and volunteered at the Palmyra New York Pageant with her husband. She was a member of the Jaycees and Tessa Winn Camp of The Daughters of Utah Pioneers.

The greatest service she rendered was her tender care to her husband who had Alzheimer’s disease and served him for many years. After his death, Dolores lived alone in Preston and welcomed the many visits from her children and grandchildren.

Funeral Services will be held on Saturday August 31, 2019 at 11:00 AM at the Preston South Stake Center, 55 East 100 South, in Preston. Friends may call on Friday from 6:00 – 8:00 PM at Webb Funeral Home and Saturday from 9:30 to 10:30 AM at the stake center. Interment will be in the Mendon, Utah Cemetery. Memories and condolences may be shared with the family at webbmortuary.com

Special thanks to Heritage Home and Signature Home Health for their loving care.

To order memorial trees or send flowers to the family in memory of Dolores Geddes, please visit our flower store.