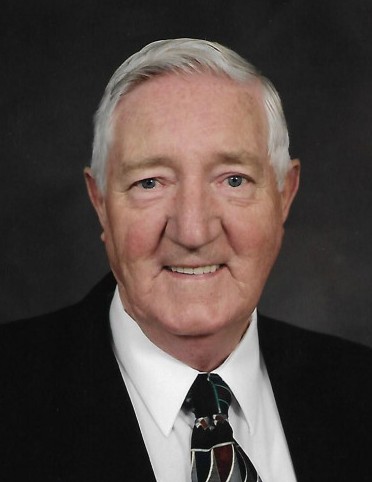 DeVerl Cartell Baxter was reunited with his dear wife Connie on November 8, 2019. He missed her greatly and looked forward their reunion. Since Connie’s passing DeVerl has enjoyed numerous visits from family and friends and going on many rides throughout the valley.

On February 15, 1963, he married his sweetheart Connie Johnson in the Logan Temple. They were blessed with five children. He worked at Preston High School for 36 years, and loved his students. He first worked as a Government and History teacher, as well as the Yearbook Advisor and a Driver’s Ed teacher. In 1981, he became the school Guidance Counselor, a position he held for 19 years. DeVerl was a lifelong member of the Church of Jesus Christ of Latter-Day Saints. He served in many callings including Young Men’s President, Bishopric Counselor, Bishop, Stake High Council and 17 years as Stake Clerk. He loved ministering to others and served a total of three missions, two of them with his wife Connie. DeVerl and Connie faithfully served in the Arkansas Little Rock Mission. They also served together for six years at the Conference Center in Salt Lake City as guides.

DeVerl served on the Preston City Council for 12 years, from 1986 to 1998 and served in the Rotary Club where he especially enjoyed working on the fireworks show. He loved spending time at Aggie football games and traveling to Yellowstone and going on cruises. DeVerl loved his children and grandchildren and enjoyed spending time with them whenever possible

He is survived by his children, Jeff Baxter of Preston, Kristen (Brett) Gee of Murray, Utah, Brian (Jodie) Baxter of Draper, Utah, Amy (Ike) Romero of Herriman, Utah, Andrea (Bruce) James of Burley, Idaho and 11 grandchildren. He is also survived by his sister Radele Christensen of Magna, Utah and brother Sheldon (Bev) Baxter of Afton, Wyoming. He was preceded in death by his wife Connie, his parents, and sisters Mona Gae Baxter and Cleone Fillmore.

Funeral services will be held on Friday, November 15, 2019 at noon in the Preston Third Ward Chapel, 155 N. 200 W., Preston, Idaho.  Viewings will be held Thursday from 6-8 p.m. at Webb Funeral Home, 1005 South 800 East, Preston and Friday from 10-11:30 a.m. at the church.  Burial will follow in the Preston Cemetery.  A special thanks go to the residents and staff of Heritage Senior Living Center and staff at Franklin County Medical Center Home Health and Hospice.  Memories and condolences may be shared with the family at webbmortuary.com

To order memorial trees or send flowers to the family in memory of DeVerl Cartell Baxter, please visit our flower store.
Send a Sympathy Card