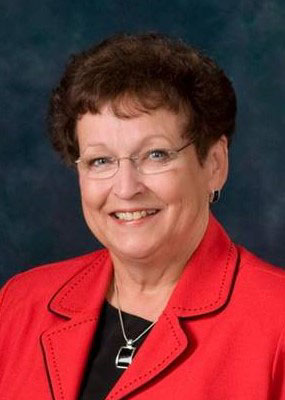 Deonna Fuller passed away on January 14, 2018 at her home in Clifton, Idaho after a long battle with lung cancer.  She was born on January 4, 1945 in Preston, Idaho to Herbert and Fae Williams of Weston, Idaho.  She was the second child in a family of eleven.  She had a wonderful childhood being raised up Weston Canyon on a small farm.  As a young girl she liked to play trucks with her brothers, catch bugs, pick wildflowers and find small treasures in the hills behind the house.  During her high school years she was active in cheerleading, FHA, the Yearbook staff, party and dance committees.  As a freshman she met Neil Fuller at West Side High School in Dayton, ID.  They went on some dates together throughout the years before Neil’s mission.  Upon his return they met again at BYU and were later married on September 12, 1966 in the Logan, Utah Temple.

Following Neil’s graduation from BYU, they moved to Blanding, Utah to pursue his first teaching position.  After a few years they moved to Blackfoot, Idaho so they could live closer to their families.  One year later a position opened at West Side High School.  They found a lovely red brick house in Clifton to make their home.   Apart from living on a farm for two years in Moreland, ID and serving two LDS missions with her sweetheart in Palmyra, NY and St. George, UT, Deonna remained in Clifton for the rest of her life.  Deonna loved Clifton, her wonderful friends, neighbors, and her mountainside home.  For nearly 18 years she ran a food storage business called “Fuller Foods”.  Once her children were raised, she worked at The Preston Citizen, Bob’s Mart and Suppose fabric store in Preston. Throughout her life, she was most often found sitting by the sewing machine doing custom jobs or piecing together quilts.  She made more than 100 quilts.  Deonna’s life was filled with service in the church and to all those she came in contact with.

Deonna is survived by her husband of fifty-one years, Neil Donald Fuller and children Don (Raquel) Fuller of Weston, Idaho; Dan (Tricia) Fuller of Providence, Utah; Marci (Greg) Bingham of Weston, Idaho; Curt (Tawna) Fuller of Clifton, Idaho; Melissa (Nathan) Thomsen of Raleigh, North Carolina; Colette (Darren) Moss of Redmond, Washington; Janie (Paul) Peterson of Lehi, Utah; and Jessie (Erik) Mattson of Portland, Oregon.  She was preceded in death by her parents, her father and mother-in-law, Stanley and Sadie Fuller, and her brother Jim Williams.  She has 1 great-grandchild and 31 grandchildren whom she loved to spoil on Christmas and their birthdays.

To order memorial trees or send flowers to the family in memory of Deonna Fuller, please visit our flower store.
Send a Sympathy Card