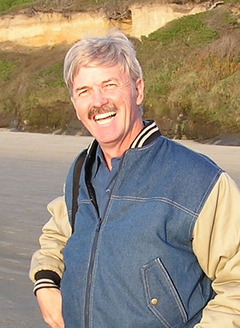 Our beloved father and grandfather, Dennis Keith Olsen, 65, of Preston, Idaho, passed away suddenly, Saturday, May 28th, 2016 at his home doing one of the many things he loved, serving his family.

Dennis, and his twin sister Denise, were born July 8, 1950 in Standardville, Utah to Delbert LaVern Olsen and Violet Larene Bradshaw. He was the 4th of 7 children. He graduated from Carbon High School in 1968. In 1969 he began his military service in the Navy on the USS Coral Sea, stationed in Japan. He excelled and became 2nd of his class in electronics study. He was 1 of only 5 selected from approximately 500 candidates to receive advanced training on the computer systems of fighter jets. He received his honorable discharge from service in 1973. Dad had a great patriotic heart. He loved our country and the principles it was founded on. He passed that legacy to his children and grandchildren.

He married Charlene Ann Jensen on June 17, 1977 in the Manti temple. They later divorced. They had 3 children, Shawn, Kimberly, and David. They made their home in Castle Dale, Utah for 17 years.

Dennis continued his education earning an additional 2 degrees in electronics through the National Tech School. He began work for Utah Power & Light in 1976, starting at Carbon Plant, transferring to Huntington Plant, and eventually Hunter Plant where he stayed for 18 years. From there he took an electronics foreman position for Pacificorp in Preston, Idaho. He worked there for 18 years until his death. He loved his work! He climbed mountains to the microwave sites he maintained and loved the beautiful scenery he was surrounded by.

Dennis had many loves and hobbies. He had a passion for cars, including his classic 1970 Ford Mustang which he painstakingly restored with his sons. He loved having adventures with his family. They were constantly going camping, four-wheeling, tubing in the snow in their back yard, playing a made up game of steamroller before bed, or creating their own slip-n-slide. Dennis loved music and shared that love with his children. All his children learned the drums and he greatly encouraged his daughter in her learning of piano. As a young man he played drums for the band Avant Garde, took lessons for the violin and could play the piano by ear. One of his greatest loves was composing original songs for his grandchildren. His grandchildren were the light of his life. He relished the time spent with them and always looked forward to the next time he could be with them. During his later years he renewed his love of motorcycle riding. Each year he would plan several road trips with his brother Rick and crazy bunch of friends that he loved like family. Another love was recording and editing videos. From the time he received his first video camera he always had a camera in hand. We have many treasured family videos because of it. Dennis was always giving service to others. It was the way he showed people how much he loved them. He served in many callings as a member of the Church of Jesus Christ of Latter-day Saints. He had a profound love of his Savior and shared that testimony with his children.

A service honoring his life will be held Saturday, June 4 at 11:00am at Webb Funeral Home. A viewing will be held Friday, June 3, from 6-8 pm at Webb Funeral Home, 1005 South 800 East, in Preston, and Saturday from 9:30-10:30 am also at the funeral home.  Burial will follow at Preston Cemetery. Donations in lieu of flowers can be made in his name to Primary Children's Hospital Foundation or Hope For The Warriors charity to support troops and their families. Those wishing to sign his guest book may do so at www.webbmortuary.com.

To order memorial trees or send flowers to the family in memory of Dennis Keith Olsen, please visit our flower store.
Send a Sympathy Card