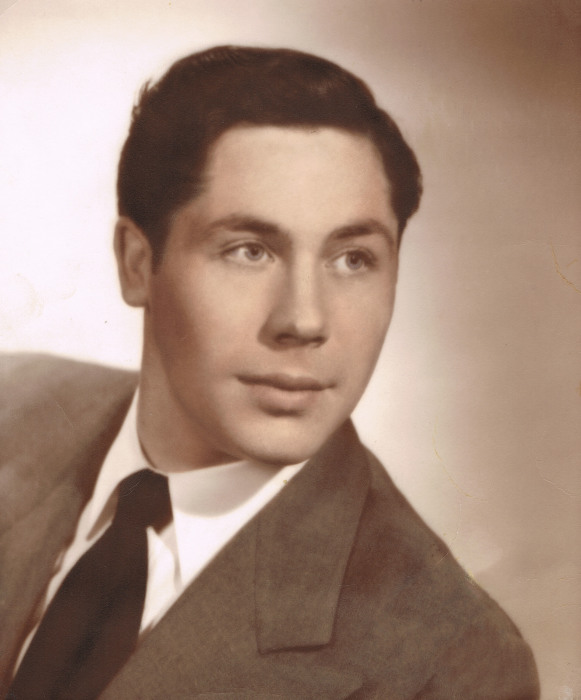 Delos Reed Barger (Bud) of Downey passed away peacefully at his home on June 19th, 2017.  He was born at Red Rock Idaho, on July 25, 1930 to Lillie Belle Purser Barger and Samuel Jasper Barger.  After graduating from Downey High School, he served a mission for the Church of Jesus Christ of Latter-day Saints then served in the Army during the Korean War.

Bud married Carma Dene Wilcox Barger on January 7, 1955 in the Logan temple of the Church of Jesus Christ of Latter-day Saints.  Bud and Carma’s first home was in Pocatello, where Bud worked for the railroad.  They then attended Ricks College and BYU. Upon Bud’s graduation from BYU, they moved to Port Angeles, WA. where Bud taught public school and early morning Seminary for his church.   Bud also served in other church capacities there; first as !st Counselor in the Branch Presidency, then as the 1st  Counselor in the Northwestern States Mission.   In 1963, Bud began teaching full time Seminary for his church first in Declo, Idaho, then in Granger (now West Valley, Utah.)  Bud and Carma now had two children; Ramona and Alan.

Bud was known by his family and friends for his wonderfully dry sense of humor and as a very kind and thoughtful man.  He loved his family and church and also had a very deep appreciation for nature.  He lovingly planted and nurtured over 200 trees in his yard and enjoyed seeing them flourish.  He enjoyed spending time with his family and pets, fishing, hunting and rock collecting.  He also had a special talent for public speaking.

Friends are invited to attend a funeral service in his honor at the Downey Cemetery on Saturday, June 24th at 10:00am. Seating will be provided for those in attendance. Memories and condolences may be shared with the family at www.webbmortuary.com

To order memorial trees or send flowers to the family in memory of Delos Reed Barger, please visit our flower store.
Send a Sympathy Card