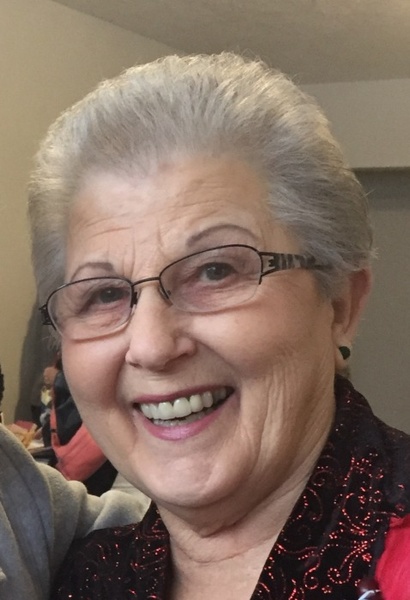 On January 6, 2018, heaven gained an angel. Our precious mother, grandmother and best friend passed away surrounded by her family after a valiant fight with cancer. Della was born on January 20, 1936, in Preston, Idaho to Aimee Davis Foster and George Cecil Foster. Della met the love of her life in the 3rd grade and they were inseparable until he served an LDS mission. She attended BYU. Three weeks after Dennis returned from his mission they were married in the Logan LDS Temple on December 7, 1956. She followed Dennis to Europe for two years as he proudly served his country. They had the opportunity to witness the dedication of the London LDS Temple, which was an event she talked about for years to come.  Della and Dennis moved back to Whitney in 1959 to start their family.  Her greatest joy was being a mother but that was replaced by an even greater joy when she became a grandmother.

Della worked in the courthouse at the assessor’s office.   It didn’t take long for her to determine that sitting at a desk was something she just didn’t have the patience for. She waited until her youngest child was in school and started working in the school cafeteria so she could be home when her children were home. She eventually became the manager of the Preston High School cafeteria. There wasn’t a student or teacher that didn’t benefit from Della’s baking expertise. The smell of freshly baked cinnamon rolls through the school created a line of students to say hello to the “Lunch Lady” and get one.

She loved the students and made sure that not one student went without. She kept her own money in her pocket to pay in case someone didn’t have enough money for their lunch. Having someone hungry was just not an option.

She was a born caregiver. She cared lovingly for her father, mother, uncle, aunt, and her husband. She taught us all how to be compassionate and giving. She never once asked for anything in return. Family was the most important things to her and she loved her children and grandchildren more than words can describe. All problems could be solved by “just loving them and giving them whole milk”.

Della was an active member of the LDS church and served in many church ward and stake callings. She believed setting an example was more effective than words could ever be - well done, thou good and faithful servant.

After the loss of her dear Dennis in May of 2009, she met Robert Moss from Sandy, Utah. They were married August 3, 2013 and she moved to Sandy, Utah. One of her most amazing experiences was when they were able to travel to the east coast and attend the Hill Cumorah Pageant. Another honor and lifelong dream she accomplished was being called to serve as a temple worker in the Draper LDS Temple.

A viewing will be held in Preston at Webb Funeral home on Thursday, January 11, 2018, 6:00 – 8:00 PM and Friday, January 12 from 10:00 AM – 11:30 prior to the funeral service at noon at the Whitney Ward Chapel 1444 South 1600 East Preston, Idaho with Bishop Russell Palmer conducting.  Interment will be in the Whitney Cemetery. Memories and condolences may be shared with the family at www.webbmortuary.com.

To order memorial trees or send flowers to the family in memory of Della Moser Moss, please visit our flower store.