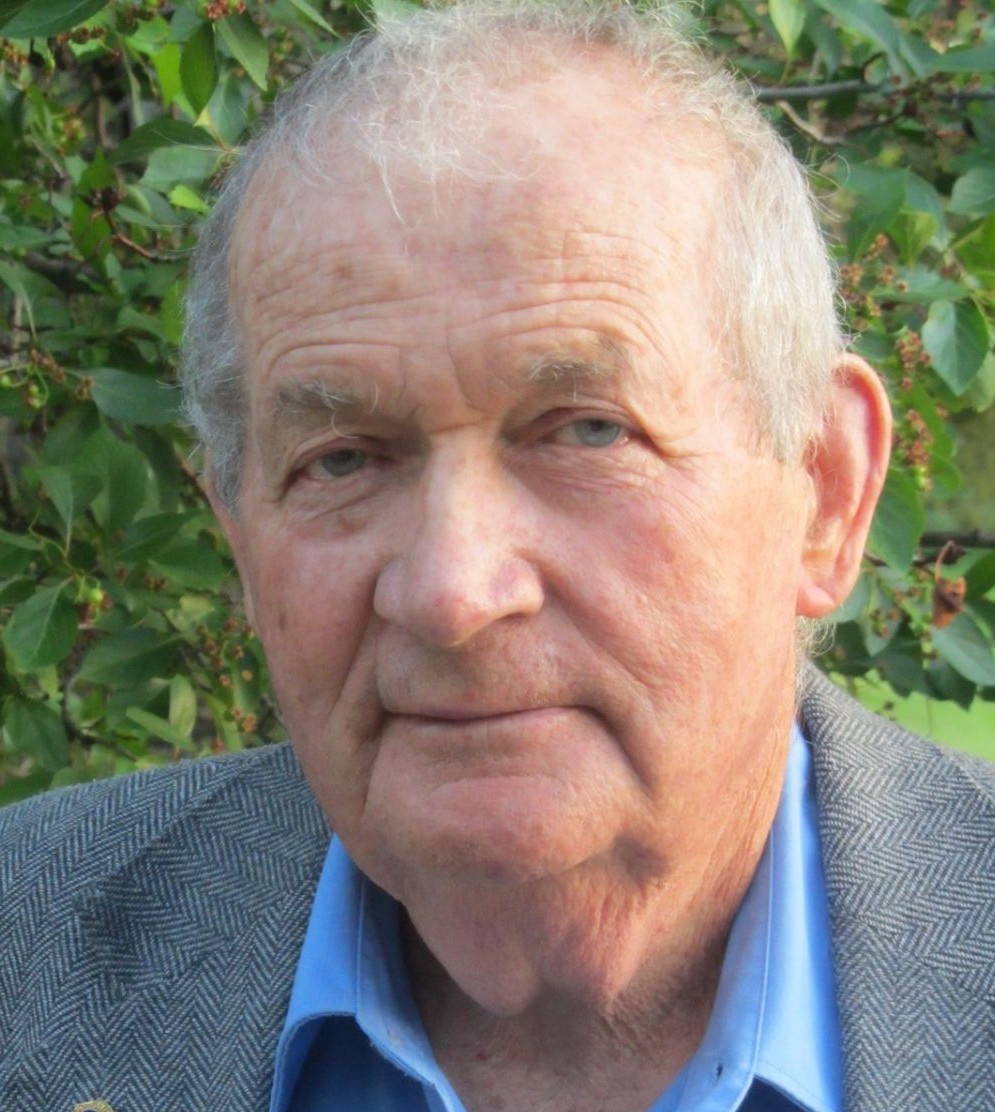 John “Dell” Smellie, 85, passed away peacefully on August 26, 2021 in Pocatello, Idaho. Dell was born February 11, 1936 in Buhl, Idaho to John Ricks Smellie and Luella Hansen Smellie. Dell was the third of 6 children. Dell was raised and worked hard on his parent’s 80-acre farm. He graduated from Buhl High School in 1954. Later that fall he began attending Idaho State College (ISU) in Mechanical Engineering. In 1957 he was drafted into the Army Signal Corps. He served until 1960, mainly stationed in Bordeaux, France. After returning to Pocatello, he started working as a service tech at Chad's Home Furnishings, and later held the position of General Manager.

He met and married the love of his life, Doris Jean Barrett on November 25, 1963 and they were later sealed in the Idaho Falls Temple on May 25, 1990. They had two children, Rick Dell and Sue Ann. Dell and Doris both raced MG sports cars, skied and played tennis. They had many great memories at their cabin in Island Park that they worked together to build. Both of them always put each other and their children as top priority in their lives.
Dell opened Dell's Mountain Electric in 1975, which he grew into a successful business and provided the opportunity for many meaningful and lasting friendships with his customers. Dell always had a story to share. Serving his community in many areas was his way of life. He was a member of the Sunrise Lions Club for 50 years. He was known by his family to often drop anything to go help a family member, friend or neighbor with projects, or fix an appliance, no matter what time of the day or night. Dell could build or fix anything!
Dell is preceded in death by his wife, Doris Jean Barrett Smellie, Brother, Rex Smellie, Sister, Bonnie Sparks and his parents, John and Luella Smellie. Dell is survived by his brother Don Smellie, and Sisters, Jennie Montgomery and Pauline Smith. His children, Rick Dell (Marisa) Smellie, Sue Ann (Robert) Lee. Eight Grandchildren, Jace, Bryson, Miranda, and Camryn Smellie and Justin, Aaron, Brayden, and Jordan Lee. Seven Great-Grandchildren: Sloane Smellie and Penny Smellie. Lillian, Jacob and Noah Lee, Owen and Ryan Lee.
Funeral services will be held on Saturday, September 4, 2021 at 11:00 a.m. in the Caldwell Park Ward Chapel, 135 S. 7th Ave, Pocatello, Idaho. The services will be streamed live and may be watched on Saturday at 11 am (MST) by clicking on the following link:

Visitations will be held on Friday from 6-8 p.m. and Saturday from 9:30-10:30 a.m. both at the church. Military rites and interment will be in the Mountain View Cemetery.
Dell gave and served throughout the community in many areas, so in Lieu of flowers, donate to your favorite community charity. Memories and condolences may be shared with the family at webbmortuary.com

To order memorial trees or send flowers to the family in memory of Dell Smellie, please visit our flower store.
Send a Sympathy Card