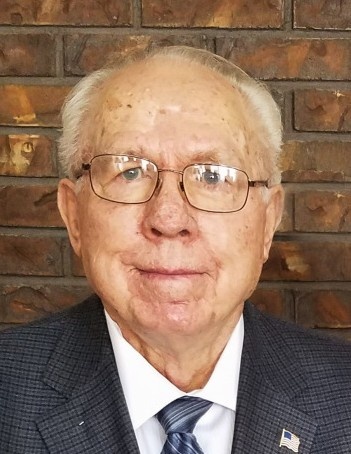 Delbert Collett Tarbet passed away peacefully surrounded by his family, on April 24, 2020.  Del was born April 13, 1927 to Nephi and Julia Collett Tarbet in Smithfield Utah.  He was the 12th of 13 children.

Del’s youth was spent at the family home on Main Street in Smithfield passing papers, working on the family farm and causing some mischief.   He attended Summit Elementary, Smithfield Junior High and North Cache High School.  Within days of graduating, in 1945, Del was inducted into the Army during WWII where he served his country for two years. This resulted in a life of patriotism and stories.

Del married Joycelyn Westover on December 17, 1954 in the Logan Temple. Their first 9 years were spent in Smithfield farming with his brother George.  In 1963, Del and Joycelyn purchased their own farm of 90 acres in Lewiston and brought their small family and 13 cows for a new adventure. Over the years they have been able to expand their farm and dairy.

Del was an active member of the community and The Church of Jesus Christ of Latter-day Saints.  He was blessed to serve side by side with many wonderful people who became life-long friends.

Del is survived by his wife and children.  One brother, Wesley (Marie) Tarbet of Smithfield.  He was preceded in death by his parents, 8 brothers, 3 sisters, and two precious great-grandchildren, Kiera Driscoll and Baine Bobka.

Due to the current situation, a private services will be held and a memorial service will follow at a later date. Our family would like to express our sincere appreciation to Dr. Russell N. Hirst for his many years of compassionate care.  Memories and condolences may be shared with the family at webbmortuary.com. In lieu of flowers, please make a donation to the general missionary fund of the Church of Jesus Christ of Latter-day Saints.

To order memorial trees or send flowers to the family in memory of Delbert Collett Tarbet, please visit our flower store.