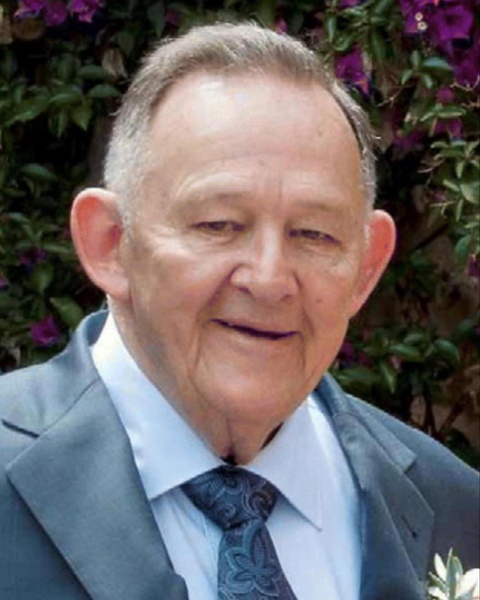 David Ezra McClun, age 91, passed away at his home in Walnut Creek, California on September 9, 2022. David, the only son of David Luther and Emma Foss was born in Preston, Idaho on February 28, 1931. David grew up in Preston with his older sisters, Anna Catherine (Kibby) Allen and Dorothy Williams. David attended Preston High School where he played varsity football, and won a scholarship to the University of Idaho. After a year of college, he enlisted in the Navy and served aboard the submarine USS Segundo for his two years of duty during the Korean war. In 1954 David married his sweetheart, Diana Hampton in Preston. They later had a sealing ceremony in the Los Angeles Temple of the Church of Jesus Christ of Latter-Day Saints. Their union was blessed with four children. Encouraged to pursue his love for animals by his father, David attended and graduated from Kansas State University in 1960 as a doctor of veterinary medicine. He practiced as a veterinarian for 49 years, at the El Cerrito Pet Hospital in El Cerrito, California. A man of many talents and interests, David was always sharing his good works with others. He was associated with the Boy Scouts, taking the scouts on many adventures where he taught them the love of the outdoors, horseback riding, and river rafting. David loved to work with his hands, and became an accomplished woodworker, creating many pieces of furniture and treasure boxes which he often gifted to his children and grandchildren. David was a member of the El Cerrito Rotary Club with whom he took his family to Mexico over the Christmas holidays to serve at a local orphanage. He also worked with the Junior Achievement program, teaching many young people how to start their own businesses. In addition, David consistently taught his own children to serve within the community. As a man of deep faith, David’s life was a reflection of Christian principles. He served in many leadership positions for the Church of Jesus Christ of Latter-Day Saints. His faith in God and Jesus Christ led him to serve his fellow man and see the goodness in everyone he met. David’s most profound joy in this life was watching his children achieve success and happiness of their own. His children are extremely proud to have had David as the head of the family. “Having a family that loves each other and takes care of one another is a rare treasure.” David Ezra McClun. David is survived by his wife of 68 years, Diana Hampton McClun; his sister, Kibby Allen, his four children and their spouses: David Vincent McClun (Erin); Kathleen McClun Prindle (William Luckow); Patricia McClun Thomas (Steve); Nathan Thomas McClun (Lisa); eleven grandchildren, Jarrod Philip Prindle (Megan); Emily Rebecca Knoebel (Thomas), Samuel Benson Thomas (Katie), Wesley John Prindle, William David Thomas (Anastasia), Alexandra McClun, Joseph Robert Thomas, Nathan Thomas McClun, Jessica Rose Prindle, Page Anderson McClun, and Addison McClun; and seven great-grandchildren: Everly Rae Prindle, Samuel Benson (Tres) Thomas, Kensington Rae Knoebel, Phillip David Prindle, and Caleb (Cal) Douglas Thomas, Peyton Marie Thomas, and Annalise Kathleen Knoebel. David was preceded in death by his parents, David Luther and Emma Foss McClun, his sister, Dorothy Williams, and son-in-law, Phillip Arthur Prindle. Service will be held on Saturday, October 8th, 2022 at 11:00 am Church of Jesus Christ of Latter-Day Saints Chapel 2369 Overlook Drive Walnut Creek, CA Internment will be November 5th, 2022 Preston, Idaho In lieu of flowers, please consider making a donation to Berkeley Humane: Web Site: berkeleyhumane.org “Tribute Donation” Or send a check to: Berkeley Humane 2700 Ninth Street Berkeley, CA 94710 David Ezra McClun  Memories and condolences may be shared with the family at webbmortuary.com

To order memorial trees or send flowers to the family in memory of David Ezra McClun, please visit our flower store.
Send a Sympathy Card