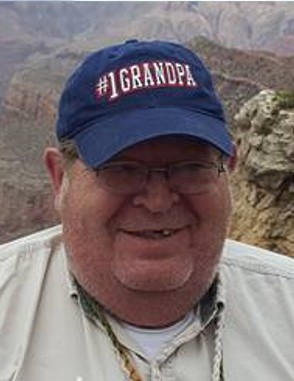 David "S" Hover, 76, passed away on Friday, March 8, 2019, in Preston, Idaho with his beautiful wife sitting beside him holding his hand. He was valiant in enduring to the end. He was born on May 6, 1942, in Havre, Hill, Montana to Roy Orpheus and Myrtle Shaffer Hover. He married his sweetheart, Brenda McClung, on May 26, 1966, in the Logan LDS Temple in Logan, Cache, Utah.

As a child, he fell in love with the ocean and the outdoors. He built his first boat at the age of 12, and proved he was as headstrong then as he would be throughout his life, when he took the boat out onto the ocean without telling his mom first. He loved boating, scuba diving, hunting abalone, and anything relating to the water. He shared that love with his children. He enjoyed many other activities and hobbies including reading a good book, his interest in computers, hunting, and bowling. He always enjoyed time with his family! And his favorite treat was ice cream!

David and Brenda would have celebrated 53 wonderful years together this May. In those years they raised five children, opened and ran three different businesses, helped care for parents that proceeded David in death, and traveled extensively throughout the US. One summer they drove cross country four times! After Brenda’s health declined, David gave up a lot of activities because she could no longer do them and he would rather be by her side than out adventuring. He loved her fiercely in life and that love continues still. The family is thankful for the knowledge of the plan of salvation and the knowledge that their love will last forever.

He graduated from BYU with a Bachelor’s of Science in Business Management and Accounting and then went to work for the University of Utah. He used his degree as an officer in the United States Air Force where he served during Vietnam and achieved the rank of Captain. He regretted not serving longer.

He was a man who loved to roam and his kids joked that they were military brats even after he left the military because they moved so much. He had a roaming heart and loved to see different parts of the country. He lived in Montana, Oregon, West Virginia, California, Texas, Alaska, Nevada, Washington, and Idaho.

He was a faithful member of the Church of Jesus Christ of Latter-day Saints and served as Elder's Quorum President, Branch President, Ward Clerk and in the Sunday School Presidency. His faith remained true until the end.

David is survived by his wife Brenda, of Preston; his children James (Jennifer) Hover, of Pocatello, ID; Renell L. Anderson of Pocatello, ID; Laura L. Christensen of Buckeye, AZ; Sarah J. (Dennis) Young, of Smithfield, UT; and Roy (Jessica) Hover, of Tooele, UT. He is also survived by 13 grandchildren and 5 step-grandchildren as well as a sister Marilyn (Ron) Hassall, of Boone, Iowa. He was preceded in death by his parents and a brother Calvin Hover.

Funeral services will be held on Thursday, March 14, 2019 at 11:00 am in the Preston 8th Ward Chapel, 213 South 200 East in Preston. A viewing will be held Wednesday from 6:00-8:00 pm at Webb Funeral Home and Thursday from 9:30-10:30 am at the church. Interment will be in the Preston Cemetery. Memories and condolences may be shared with the family at webbmortuary.com

In lieu of flowers, the family has asked that donations be made directly to the funeral home to assist with funeral costs.

To order memorial trees or send flowers to the family in memory of David "S" Hover, please visit our flower store.
Send a Sympathy Card