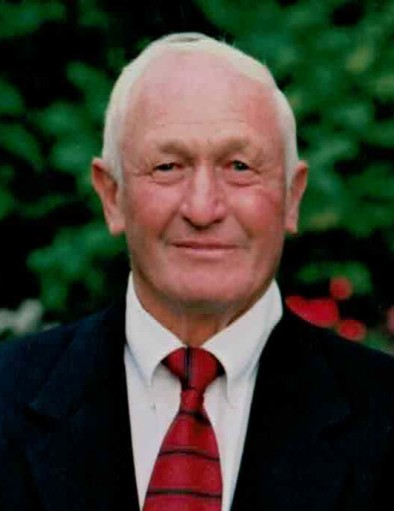 Dr. David Woolley Beckstead, 86, passed away June 10, 2018, at his home in Whitney, Idaho.  He lived an extraordinary life and left an amazing legacy.

He was born at home in Whitney, Idaho, May 6, 1932, to Lloyd Neeley Beckstead and Adrienne Woolley.  He was the fourth of five children, including Shirley, Lloyd Jr., Spencer, and Anthony.

He recognized the honor he had of being descended from Sarah Ellen Ashton, a member of the Martin Handcart Company and loved his pioneer ancestry.  One of his favorite quotes was "It is indeed a desirable thing to be well descended, but the glory belongs to our ancestors."  Plutarch

He married Wavel Pauline Westerberg on June 16, 1952 in the Logan Utah Temple.  He and Pauline had eight children--Kristy, Kathy, David B., Kaye, Jed, Shirley, John, and Alan Mel.

He attended the University of Idaho and graduated from Washington State University College of Veterinary Medicine in Pullman, Washington, in May, 1956.

He practiced veterinary medicine in Malad, Idaho, for one year and then in Preston, Idaho, for over fifty years.  He loved serving the farmers and ranchers in the area and knew them by name and counted them as friends.  His clients knew that they could count on "Doc Dave" to take good care of their livestock. Before he retired, he had the oldest active veterinary license in the state of Idaho.

David was an active farmer and rancher for over 60 years.  He loved the land and cherished the opportunity to preserve the 130-year-old family farm that he grew up on.  He was proud to be the fourth generation Beckstead living on Beckstead Lane. Hard work was his entertainment.  Although he struggled with macular degeneration and slight paralysis after several strokes, he continued farming and ranching until the day he died.  You could always find him on his four-wheeler early in the morning checking his sprinkler pipes and his cattle.  He loved the Whitney Ward and enjoyed serving his friends and neighbors.

He was preceded in death by his parents and his siblings, a son, John W, a son-in-law, John Cannon, two grandsons, Jed Christian Olsen and Wesley Alexander Beckstead, and a granddaughter, Whitney Elizabeth Hart.

"To live is the rarest thing in the world.  Most people exist, that is all."  (Oscar Wilde)  Dad lived a wonderful life.

To order memorial trees or send flowers to the family in memory of David Woolley Beckstead, please visit our flower store.
Send a Sympathy Card