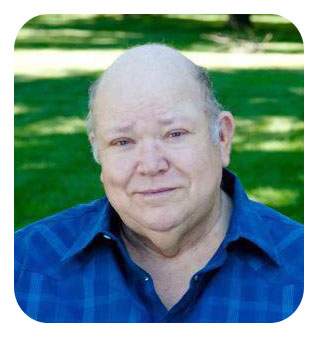 Darrel Kay Checketts passed away peacefully on Christmas morning, December 25, 2016, in Preston, Idaho. Darrel was born on June 17, 1946, to Mark and Evelyn Checketts, the second of four sons. He grew up learning how to work hard, and it became one of the defining characteristics of his life. Darrel attended and graduated from Preston High School. He met Roselle McKay on a blind date, and they were married in the Logan LDS Temple on November 26, 1975.

Darrel worked at Presto Products in Lewiston for many years, and affectionately became known as “Dad” to many of the employees who worked with him and enjoyed his friendship. He and Roselle tried to have children for many years, and nothing gave him greater joy than the three children they eventually adopted: Katie, Jake, and Christy. Anyone who knew Dad was familiar with the notepad he carried in his shirtfront pocket and the baby and current school pictures of his children in a little Ziploc bag—always full of holes from welding at work, always worn with the fingerprints of anyone he could convince to look at them, and always close to his heart.

Many people in the community were touched by Darrel’s deep love and commitment to the scouting program. He served in various scouting callings for numerous years and always looked forward to scout camp. Darrel was a scoutmaster who really helped and cared about his boys. His kids remember many scouts camping in their backyard for days on end because football camp or family vacation prevented them from going during the troop’s designated week, and Darrel was bound and determined to help them earn their merit badges. One of Darrel’s proudest moments was being the scoutmaster to his son and watching him earn his Eagle.

Darrel had a special relationship with and truly loved the outdoors. Whether fishing, hunting, camping, or just being in nature—he felt at home. His family and friends all have priceless memories of being with him in nature. Darrel and Roselle bought a timeshare in Island Park, Idaho early in their marriage, and the time spent there over the years was some of the greatest time they spent as a family—being paid from Darrel’s comprehensive list for spotting the first of every animal in Yellowstone (A buffalo sighting always paid out the first nickel!), waiting for what seemed like countless hours to watch elk fight in the fall, and singing hymns and old country songs on the car rides from Preston.

Over the last several years as both Darrel and Roselle’s health failed, they were together—Darrel playing with his dog Remi, and Roselle crocheting hot pads by the dozen. While losing them so close together is difficult, their loved ones smile at the thought of their joyous reunion, both free of the pain that was part of their life for so many years.

The family wishes to express their deep appreciation for the many people who visited, helped care for him, and assisted the family the past several years as Darrel’s health was failing. They would especially like to thank the Franklin County Medical Center and Nursing Home staff and the Wound Care Team at the Cache Valley Hospital.

Funeral services will be Friday, Dec. 30, 2016 at noon at Webb Funeral Home, 1005 South 800 East, Preston, Idaho.  Friends may call Thursday from 6-8 p.m. at the Preston North Stake Center, 310 N. State, Preston and Friday from 10:30-11:30 a.m. at Webb Funeral Home.  Interment will be in the Weston, Idaho Cemetery.  Memories and condolences may be shared with the family at www.webbmortuary.com

To order memorial trees or send flowers to the family in memory of Darrel Kay Checketts, please visit our flower store.