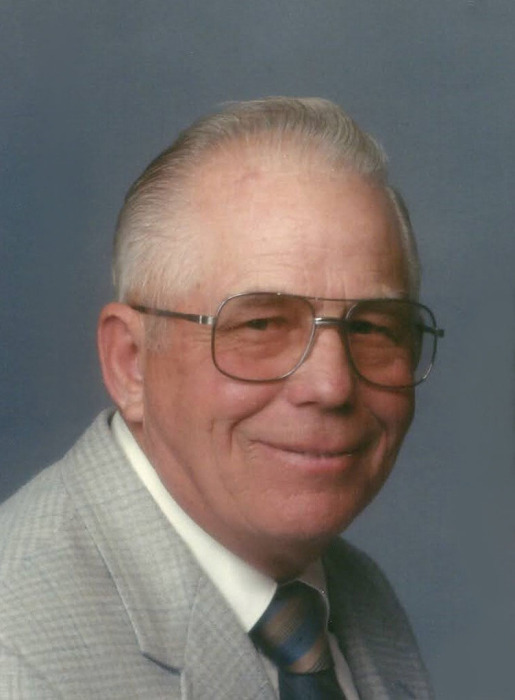 Dallas Hazen Gilbert, 95, returned to his heavenly home on December 22, 2020 at his home surrounded by family. He was born on April 25, 1925 in Fairview Idaho, the oldest child of Hazen Atheline Gilbert and Naomi Forsgren Gilbert. He was a happy, busy child, always tinkering with things.

Dallas was married to the love of his life, Joyce Smith, on September 11, 1946 in the Salt Lake Temple.  They would be blessed with 4 Children, Nancy, Clyde, Barbara, and Mark. Their 74 years together were full of joy, happiness, and love. Family meant the world to Dallas and brought him immense joy. He loved to joke around and tease and was always quick with a smile and twinkle in his eye.

As a child, he loved to take things apart and put them back together again. He attended the four-room school house in Fairview, and graduated from Preston High in 1943. He was drafted in 1945 and choose to serve in the U.S. Navy, he achieved the rank of Motor Machinist 3rd class, and served on a mine sweeper in Japan. He arrived in Hiroshima one month after the bomb was dropped.

After returning home and working at a few shops, Dallas decided to build a small shop out behind his house and started Gilbert’s Repair. He later built a larger shop and became Gilbert’s Repair and Farm Equipment. He worked hard between the shop and the farm.  He blessed the lives of many by generously fixing things at little to no cost for those who could not afford it. He enjoyed working with his sons and was found out at the shop almost daily.

His advice to his children and posterity was “To grow up clean and stay close to the Lord. Enjoy life and work for what you get.” He lived this throughout his life, serving in his community as a member of the Search and Rescue. He also served as an EMT for 25 years. Before retiring, he was the oldest serving EMT in Idaho.

He willingly served in The Church of Jesus Christ of Latter-Day Saints throughout his life. He served in the bishopric and later served as Bishop of The Fairview Ward. He was called as a sealer for the temple. He was set apart by President Monson, which he recalled with fondness through the years.  Being a sealer was a special calling for him, he enjoyed serving in the temple for over 20 years. He was pleased to seal many of his grandchildren to their spouses.

Military rites and interment will be in the Fairview Cemetery.  Memories and condolences may be shared with the family at webbmortuary.com

To order memorial trees or send flowers to the family in memory of Dallas Hazen Gilbert, please visit our flower store.
Send a Sympathy Card